Humanitarian Roraima Mission has started, to help the refugees from Venezuela in Brazil 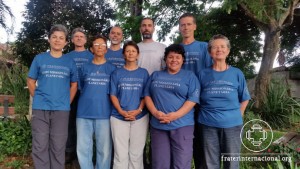 The missionaries of the Fraternidade – International Humanitarian Federation, are already in Boa Vista, capital of the State of Roraima, in the extreme North of Brazil. They fulfill the Humanitarian Roraima Mission from Wednesday, the 2nd of November. This service was requested by the Divine Messengers to alleviate the suffering of the Venezuelan who, forced by the acute scarcity of food and medicines that Venezuela undergoes, cross the border towards Brazil seeking better living conditions. 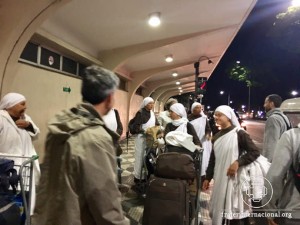 The Missionaries arrive at the airport of Congonhas, toward Boa Vista.

The missionaries left the Fraternidade headquarters on Tuesday night, in Carmo da Cachoeira, Minas Gerais, and went to the airport of Congonhas, São Paulo; from there they flew to Boa Vista, stopping over Brasilia. The group is composed of 15 volunteers, including permanent missionaries, collaborators of the Community-of-Light of Figueira and nuns of the Grace Mercy Order, from the branch of the Daughters of the Christic Charity. Two members of the delegation are from Venezuela. In Boa Vista, another 15 volunteers from the Network-of-Light groups of NorthEast of Brazil and of Boa Vista joined the group.

The Humanitarian Mission will take place in thecapital of Roraima during the whole month of November. The group that has just travelled will be replaced on the 17 of November by another 15 missionaries that will also leave from the headquarters of the Fraternidade. 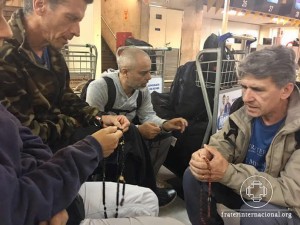 Waiting in prayer to embark bound to Roraima.

Spiritual hosting
The delegation is prepared to offer health assistance, with therapists, dentists and nurses. It also takes an important donated kit of medicines, clothes and educational material to distribute among the refugees. The group is also prepared to work with the children, by means of playful elements and with materials to make artisanship. “In principle, our objective is to collaborate with the spiritual, psychological, emotional and physical support, so that the brothers and sisters from Venezuela, who undergo this test, may face the difficulties, recover their dignity and begin a new phase”, explained Imer, the coordinator of the Roraima Humanitarian Mission. “We go willing to cooperate in whatever is necessary, trying to take much love, peace and harmony. It is an opportunity of putting into practice fraternity, solidarity, compassion and the divine Mercy”, said the missionary. 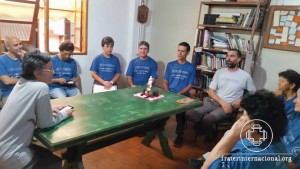 Preparatives for the departure at the Fraternidade Headquarters.

This Mission will also be the first activity of the Nucleus-of-Light of Roraima, which is being implemented in Boa Vista, at the request of the Divine Messengers. The group will establish a house as headquarters, both during the month of November and for the tasks of service to be developed later.

“It is the first time I come to Figueira and this opportunity to serve shows itself. To me, it is something unexpected. Everything happens so quickly. I am very grateful and I feel it will be a very enriching experience to my soul”, commented Nancy Salinas, when she referred to her participation in the Mission, as a representative of the nation of Venezuela. 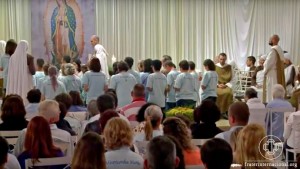 The Humanitarian Roraima Mission was requested by the Virgin Mary in a message transmitted on the 24th of October of 2016, through the visionary Friar Elías del Sagrado Corazón, a consecrated monk of the Grace Mercy Order. In the occasion, the Divine Mother announced that this humanitarian mission “will have the purpose of hosting many brothers and sisters and of alleviating the suffering that is generated in the nation of Venezuela”. It is conducted at the same time as the mission that the Divine Messengers will begin on Saturday, 5th of November, in Central America and Mexico. “In this way you will be able to understand, My beloved, that the Sacred Hearts want to avoind a disturbance in the Americas, especially in the nations of Central America and Venezuela, which already face the first steps of the Armageddon”. 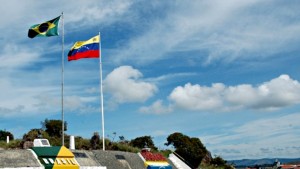 On the 28th of October, the Virgin transmitted another message in which She highlighted: “The time has come to prepare the islands of salvation so that the immigrants may find a place where to begin their life again”. She asked the “children of Mary” and especially “My children of Brazil” to activate a “network of prayer for Venezuela” and to “raise with hope and love, no matter what happens, all their prayers”.

Only in 2016, about 30 thousand Venezuelan arrived in the State of Roraima, according to data of the State government. Of this number, 1,8 thousand have already formally requested refugee and other thousands roam the streets.