Dec 7 to 9, Thursday to Saturday 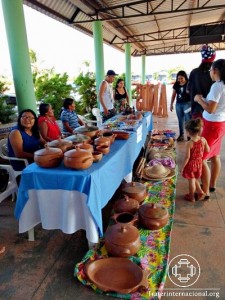 Educational videos exhibit for the children.

Two Venezuelan Indigenous immigrant women that are artisans participated in na Intercultural Indigenous Fair in the city of Caracarai (some 134 kilometers from the capital Boa Vista), accompanied by a representative of the Roraima Federal Institute of Education, Science and Technology (IFRR).

A literacy class for the artisans of the Center of Reference for the Immigrant (CRI) was conducted. Although they showed a little resistance to begin the class, the immigrants were very participative and remained in class after the normal time.

An immigrant couple with a two-month old baby face relationship problems and appear to have psychological problems. Missionaries of the Fraternidade have been giving guidance and two volunteers of the House of the Children (Casa de los Niños) have accompanied the change of behavior of the mother, who is depressive and has been rejecting the daughter. In the afternoon, the behavior of the mother worsened, and it was necessary to take her to the General Hospital of Roraima, where she was hospitalized to check her health state. 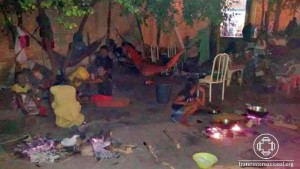 Families fixing meals in the external area of the shelter

Many families have fixed meals in the external área of the shelter and complain about the lack of food.

A team of professionals from the city of Pacaraima, composed by a physiotherapist, a social assistant and a veterinarian, visited the shelter to learn about the needs. The professionals intend to conduct an initiative in the place.

A member of the Roraima Labor and Social Welfare Secretary (Setrabes), who is the manager of a feminine shelter for Brazilians in the city of Boa Vista, visited the CRI accompanied by the psychologist of the local team of the Setrabes. They examined the possibility of some youths of the Panare ethnic group, ages 12 and 13, return to the CRI. They are housed in the feminine shelter due to a report that their father obliged them to prostitute. 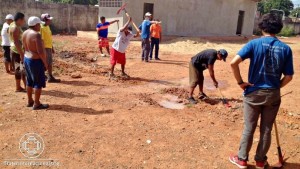 Indigenous people begin to comply with tasks in the shelter

The twenty-three Indigenous immigrants who were drunk began the fulfilling of several tasks of maintenance of the shelter, with support in the kitchen and in the cleaning.

Literacy class for adults was imparted at the school.

A friar from the Church of Saint Joseph Worker gathered believers to participate in Mass. 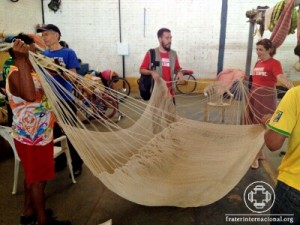 ILO and JSM looking at artisanship in the CRI

A representative of the International Labor Organization (ILO) and of the Jesuit Service to Migrants (JSM) attended the CRI to support the sales of Warao artisanship. They intend to establish a quality level for the pieces to be sold abroad.

A group of three volunteers made the donation of 95 meals for dinner.

In the late afternoon, the pacification was conducted between an adolescent and an Indigenous leader who had quarreled.

Missionaries took clothes items for the immigrant who is hospitalized in the General Hospital of Roraima. 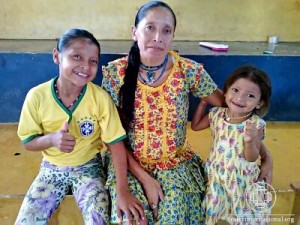 Immigrants waiting to participate in the Fair at Coofecs

Seven immigrants, including adults and children, were taken to participate in an artisanship exhibit at the Cooperative of Solidary Initiatives of Boa Vista (Coofecs).

Classes for children at the school of the shelter.

Talks with the ladies artisans who make hammocks and pans, about the trade of their products.

Visit of the Friar who manages the “House of Welcome Favorite Children”, in the city of Manaus. The House welcomes male immigrants and made contact to possibly receive immigrants who are in Boa Vista. 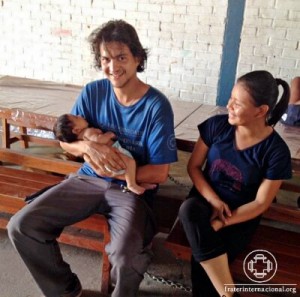 Baby receiving attention from everyone in the shelter Literacy class with the artisans 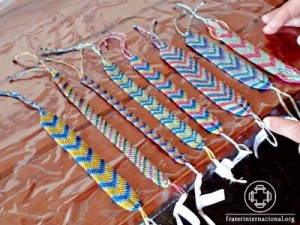 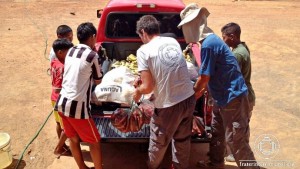 Arrival of donation of foods