Dec 4 to 6, Monday to Wednesday 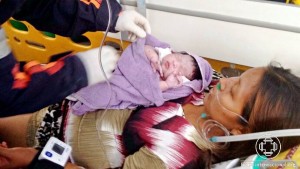 In the morning, the group of missionaries found most refugees of the Center of Reference for the Immigrant – CRI in Boa Vista in a physical condition derived from the consumption of alcoholic drink.

“They were sleeping, sitting or gazing at nothing. As if all of them were tired. We had to use a mini loudspeaker to call the immigrants for the class, as nobody had attended”, said Alexandrina, a missionary of the Fraternidade – International Humanitarian Federation.

A Venezuelan Indigenous immigrant gave birth to a baby inside the blue container of the shelter A missionary of the Fraternidade and a member of the team of the Roraima Labor and Social Welfare Secretary (Setrabes) of the CRI helped in the labor. Mother and baby were referred to the maternity ward. 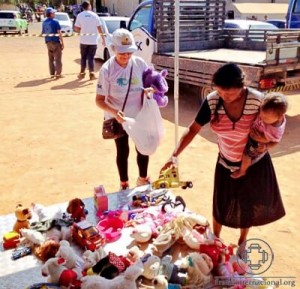 Distribution of toys by the SESC

The amount of potable water available in the CRI is not enough for the number of people (immigrants and teams). Missionaries have to collect water from the facilities of the Project Crescer (Grow), which is near the shelter.

A group of the Commerce Social Service (Sesc) made the distribution of clothes, footwear and toys for all immigrants of the CRI. Games were carried out with the children,  fluoride applications were applied on the teeth of the immigrants, anda mini-fair of artisanship of the Indigenous women was held.

A meeting of reconciliation was conducted with a couple with the participation of the missionaries of Fraternidade and the coordinator of the team of Setrabes.  The wife had been battered by her husband. Instruction was given and legal measures to be taken if he does not change his behavior were explained. 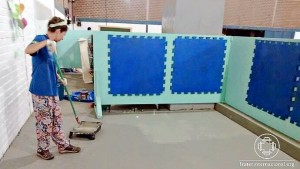 Missionaries transferred an indigenous immigrant to the shelter.  Hehad been discharged from the General Hospital of Boa Vista.

A volunteer imparted classes to the refugees and showed videos to the children.

Organized the material and imparted the second literacy class.

The school of the CRI was painted.

Arrival of new tables for the blue container.

In the late afternoon, a couple who lives in the shelter was reconciled. 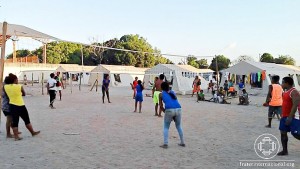 Talks with the families in the shelter.

Organization of materials and the literacy class was imparted.

The painting of the school of the shelter continued.

Volleyball matches in the late afternoon.

Delivery of clothes for the people who are hospitalized.

Reported cases of drunk Indigenous people who entered the shelter and caused confusion. The cases began after the Military Police stopped being present  in a permanent way. Those involved were contacted and signed a term of warning. After three warnings, the immigrant is removed from the shelter. 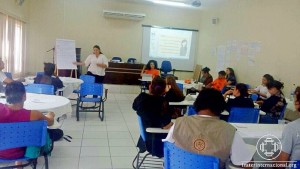 “In the Warao tribes, when someone does not behave, they apply “penance”, a way to compensate the error by means of communitarian actions. Those who drank alcoholic drinks will have to participate in everyday tasks, such as helping in the kitchen, the internal and external cleaning of the shelter, support in the vegetable garden and in the bakery. Twenty-three Indigenous people who were confirmed to have been drunk began to carry out these activities”, informed Claudia, a missionary of the Fraternidade.

Representatives of the United Nations High Commissioner for Refugees (UNHCR), of the United Nations Population Fund (UNFPA) and a nursing professional, imparted the Course of Introduction to the Coordination and Management of Temporary Lodgings and Shelters. This course, oriented to issues of gender violence, took place at the Federal Roraima University (UFRR) and lasted for the whole day. 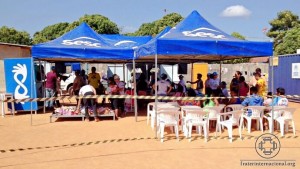 Group of SESC in the CRI 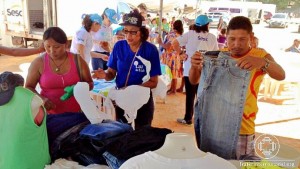 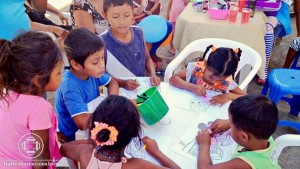 Activities for the children 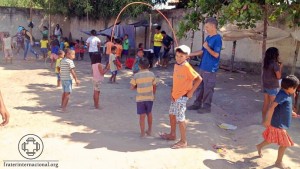 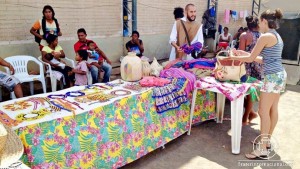 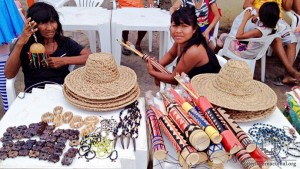 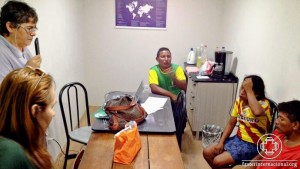