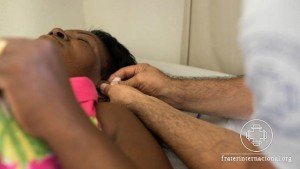 The missionaries of the Fraternidade – International Humanitarian Federation, began their activities in the district of Vista Alegre in the city of Rio Casca, in the Zona da Mata region, Southeast of the state of Minas Gerais, Brazil. The place was devastated by water, after intense rains and the overflowing of the Casca River, at the beginning of the month of December.

On this first day of mission, the missionaries covered the region to get learn about the situation and talked with the affected population. Part of the group of missionaries also conducted attendance in the local health center. Medical, dental, therapeutic and psychological services were rendered. 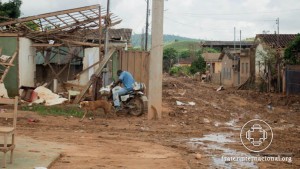 “In general, there is a lot of resignation, but also a lot of sadness. We perceive that, by talking with us, they managed to liberate, not only from the emotional impact of the loss they suffered with the flood, but also from other personal problems they had accumulated. There is much solidarity and unity among the inhabitants, who are very humble and depend on faith in God to move ahead”, said Stella Giok, a doctor of the missionary group. 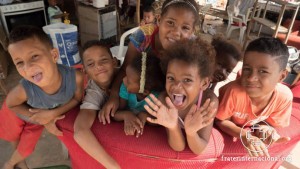 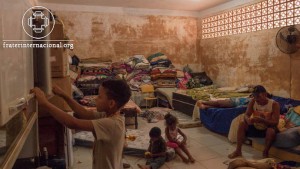