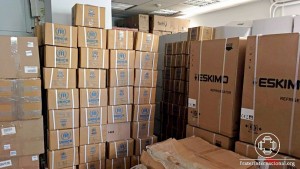 Activities with the Missionaries of Charity of Mother Teresa of Calcutta continued during the week at House 1, such as the fiing and serving of meals, general cleaning of the house and conclusion of the maintenance tasks. At house 2, the missionaries participated in a ceremony of Adoration of the Most Blessed Sacrament.

At Caritas Hellas, the missionaries helped the organization of the rooms and distribution of masculine clothes. They also worked in the building where the donations are stored. “As there is a continuous flow of reception of donations, it is necessary for the  place to be always orderly. We collaborate in the selection of the donations received and we write down the content of the boxes so that the materials may be correctly distributed afterwards”, said Shen, a missionary of the Fraternidade – International Humanitarian Federation.

At the Association of Lagonisi, the activities in the storage continued, with the selection of clothes and the preparation of the place where the distribution is done. 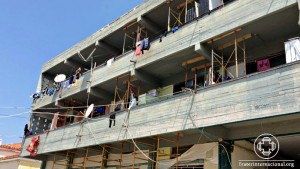 With members of the Association of Lagonisi, the missionaries paid a visit to a refugee camp in the city of Lavrio, about 15 kilometers from the missionary base. The place has existed since the Second World War and today shelters approximately 200 Kurdish refugees.

“It is a camp destined to receive political refugees. These Kurdish are of several nationalities, such as Syrian, Iraqi and Iranian. The place is better structured when compared to other camps we have visited, and is administered by the Red Cross”, explained Shen.

After the visit to the refugee camp, the missionaries were invited to participate in a task of removal of some books, which will be referred to another place. The group visited the Library of Saronida, where they organized the place to receive the books that will come from the refugee camp of Lavrio.

A change in the group
Two missionaries returned to Brazil and were replaced by other two, who will spend some time with the group in Greece. 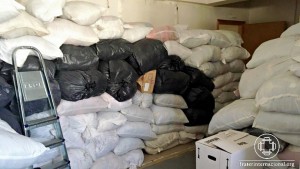 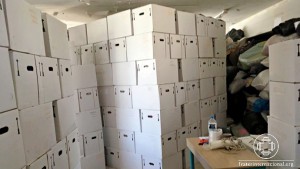 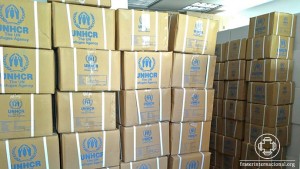 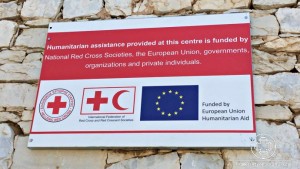