Greece Mission – support to the work with donations 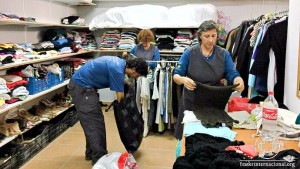 In this third week of October, the focus of the missionaries of the Fraternidade – International Humanitarian Federation – in cooperation with Caritas Hellas, was to tidy a great amount of clothes and food kits that had arrived for donation.

Also the work continued of organization of stock of winter clothes, and of distribution of feminine and masculine clothes, in their respective days.

The group gave support to the organization of foods that came as donation, separating those which should be consumed immediately from those which could wait a few days.

The storage of clothes of the Association Lagonissi also received the cares of the missionaries. At each new donation of clothes, it needs to be reorganized.

Saturday, 21, the group rendered general services in the Orthodox Church of Saint Theodore, in the city of Anávissos. 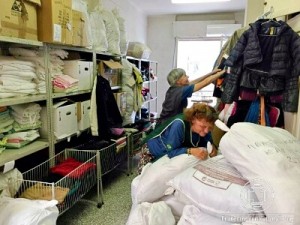 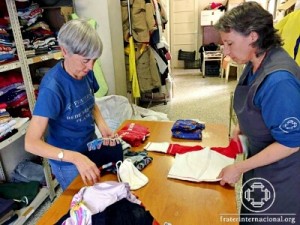