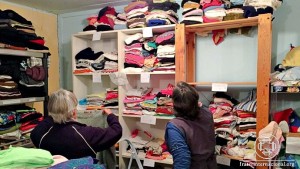 At the end of October and the first week of November, the missionaries of the Fraternidade – International Humanitarian Federation, who are residing in Greece supported Caritas Hellas, located in the city of Athens, in the distribution and organization of feminine and children clothes and in the organization of the general storage (where the clothes that come for donation are kept). They also offered help in the kitchen and helped the bi-weekly distribution of masculine clothes.

The Sisters of Charity of Mother Teresa of Calcutta received support from the missionaries of the Fraternidade in the harmonization of the place and in the fixing of the meals offered to the needy. This week the annual pruning of the only tree existing in the institution was made.

The group helped a volunteer of the work in Greece in the cleaning of several plastic containers that will be offered to the children of an orphanage. The containers were cleaned, disinfected and observed as for their general conditions not to wound the children. 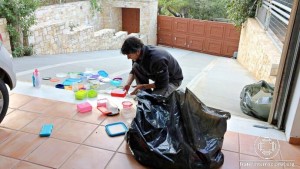 The storage of clothes of the Association of Lagonissi continues to be organized by the missionaries.

On Fridays, donations use to arrive at the Sisters of Charity and on this date, the group of missionaries of the Fraternidade was present to organize them.

As for the donations received by the Orthodox Church of Saint Theodore, located in the town of Anávissos, they also had the help of the missionaries of the Fraternidade in their organization. Items of several categories were selected and prepared for the Christmas Bazaar of the Church. 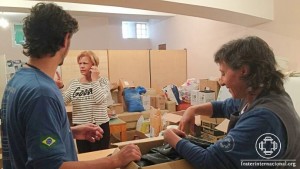 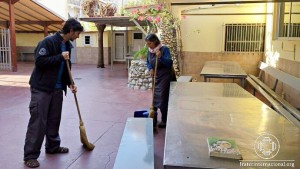 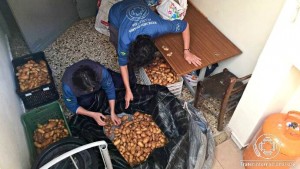 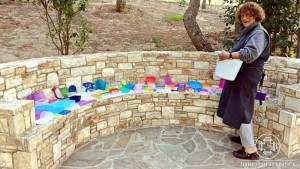