September 25 to October 1, Monday to Sunday 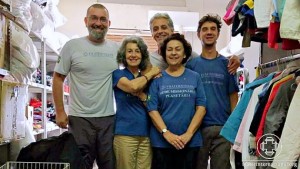 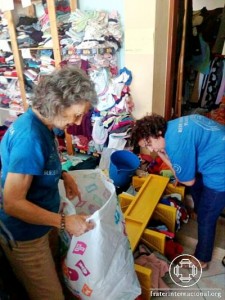 The first task of the group of missionaries of the Planetary Network-of-Light was at Caritas Hellas, in Athens. A distribution of feminine clothes was made and the preparation of the stock of wintertime. In another moment of the week, they helped organize the stock of clothes, the transportation and the organization of food packages for use in the refectory of the institution.

In the houses kept by the Sisters of Charity of Mother Teresa of Calcutta, the missionaries helped cleaning the place, organizing the donations received, fixing meals that are offered to the needy and harmonizing the space where the food is served.

Bazaar of clothes in Lagonisi 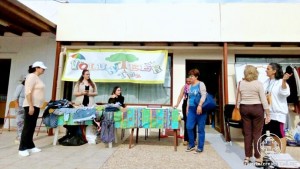 In the storage of clothes of the Association of Lagonisi, a town about 30 kilometers from the capital Athens, the group made the preparations for a bazaar of clothes, which took place on Saturday, 30.

The bazar was organized by the group Voluntary Youths in Action.

The Mayor of Lagonisi was in the event and learned about the work of the Fraternidade in Greece. 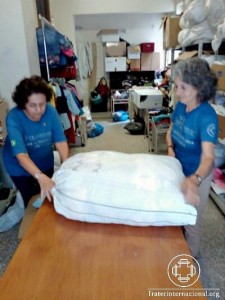