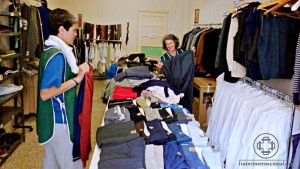 During the second week of October, the missionaries of the Fraternidade – International Humanitarian Federation – in collaboration with the institution Caritas Hellas, continued the work begun the week before of organizing the winter clothes. The summer clothes were sent to the storage of the Association of Lagonissi.

The distribution of feminine clothes take place on Mondays. The masculine clothes, whose demand is increasing, are distributed on Wednesdays afternoons. 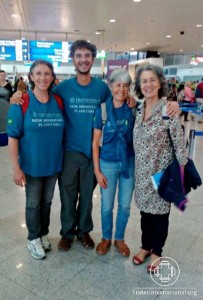 In the work with the Sisters of Charity of Mother Teresa of Calcutta, the team helped the ellaboration of the meals and the harmonization of the spaces used in common by the needy. They also helped the distribution of personal hygiene articles, such as shampoo and soap.

On the 13th, a member of the Network-of-Light joined the group to be part of the permanent group at work until the beginning of January.

On Sunday, 15, the group was invited by the Sisters of Charity to attend an outdoor Mass, in commemoration of the day of Sainte Therese of Avila. The ceremony was celebrated by the local bishop of the Catholic Church.

“It was a very beautiful moment… moment of fraternization and prayer to Sainte Therese of Avila and to on High”, said Ricardo, a member of the Planetary Network-of-Light and current coordinator of Greece Mission. 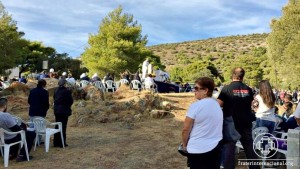