Greece Mission – Organization of Donations and restoration of the group 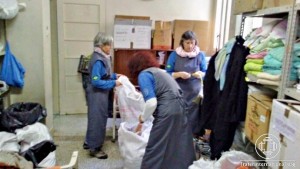 On the 27th, the missionaries of Fraternidade – International Humanitarian Federation, went to the institution Caritas Hellas to distribute the recently arrived donations of female clothes and foods for babies.

On the following day, they rendered service with the Sisters of Charity of Mother Teresa of Calcutta in the fixing of meals and serving people during breakfast. They also conducted the harmonization of the space of common use where the tasks were developed. 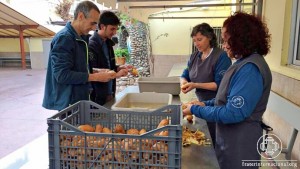 The 29th was the day of distribution of male clothes at Caritas and of organizing the winter stock. The donations to be distributed son were also organized. In the afternoon, they helped a collaborator of the group with the moving of a brother who was without lodging into a residence.

On the first of December, besides the routine tasks of preparation and distribution of meals with the Sisters of Charity, the missionaries of Fraternidade organized donations to be distributed between both houses that the Congregation of the Sisters have in Athens.

On Saturday, the group took a walk on the coast as a way to reorganize and restore the bodies for the upcoming events. On Sunday morning, they participated in the celebration of Mass in the Orthodox Church of Anavissos. And in the afternoon, they gathered to plan the tasks for next week. 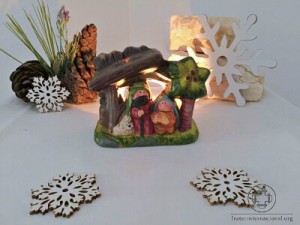 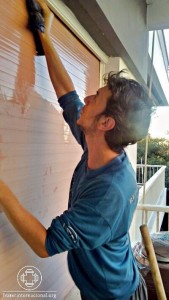