Fraternity and the Right to Information

September 28 is a day for commemorating the International Day of Universal Access to Information. This year the focus of the date will be the right to information in times of crisis and the advantages of having constitutional, statutory, and political guarantees for public access to information, to save lives, build trust and help in the formulation of sustainable policies during and beyond the COVID-19 crisis.

In the shelters under the management of the Fraternity – International Humanitarian Federation (FIHF) in partnership with the United Nations High Commissioner for Refugees (UNHCR), communication provides a necessary service for the adequate functioning of the services to Venezuelan refugees that live in these shelters, which today hold more than two thousand people. 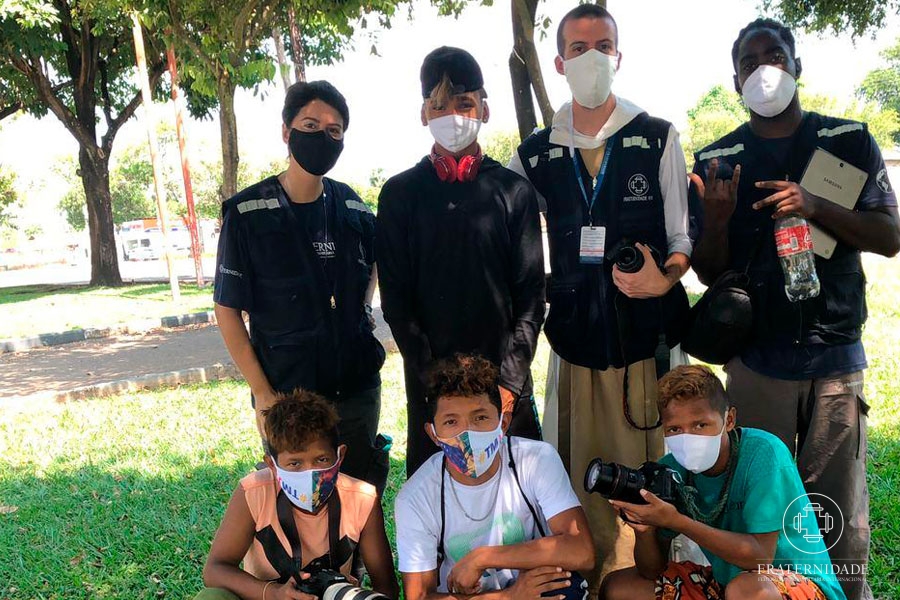 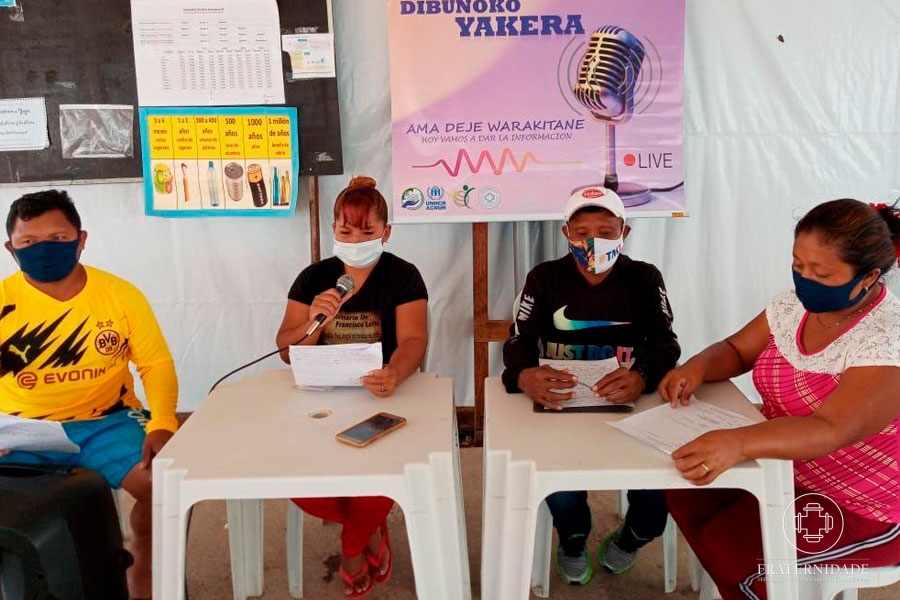 Human rights are interdependent and inter-related. In the novel coronavirus (COVID-19) pandemic, for example, the right to come and go was limited for maintaining the right to health. For this to happen, meanwhile, the maintenance of the right to information is essential.

The right to communication, which includes access to information and to the means for producing communication, is a guarantee for an individual to participate in discussions in the public sphere and in civil society.

The need to understand the events in order to plan and explore a future in the face of a crisis situation is independent of the pandemic, but was aggravated by it.

Information fulfills some essential roles in a health crisis, especially in the context of a humanitarian response. The indigenous refugee of the neighboring country – of Warao and E’ñepa ethnicities – have difficulty, for example, in making themselves understood when receiving medical attention. For this reason, the Fraternity (FIHF), together with some members of the ethnicities, put together a multilingual booklet in their languages, in Portuguese, and in Spanish. 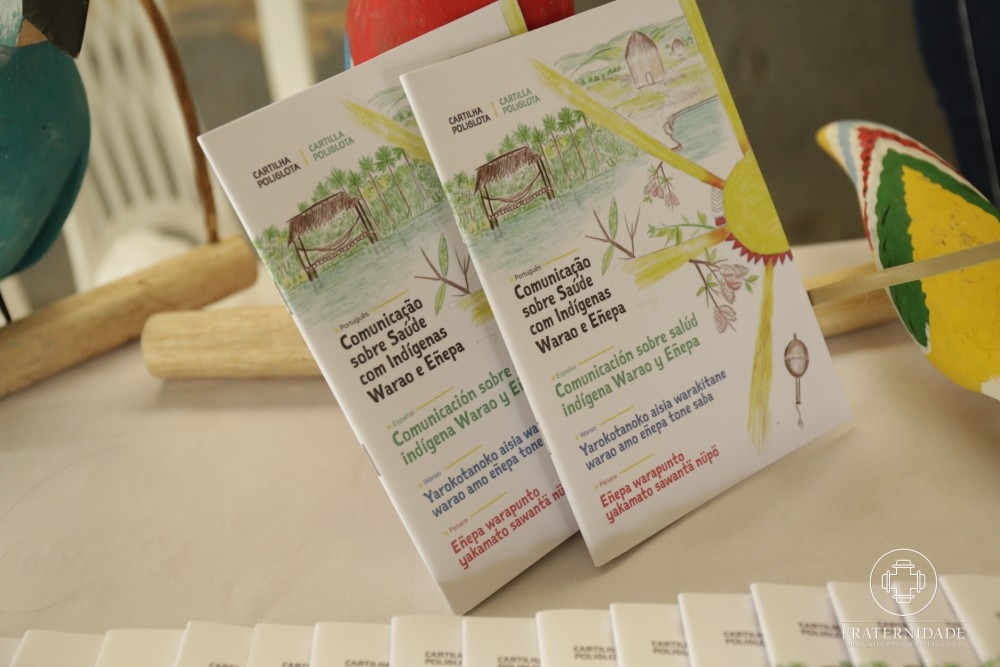 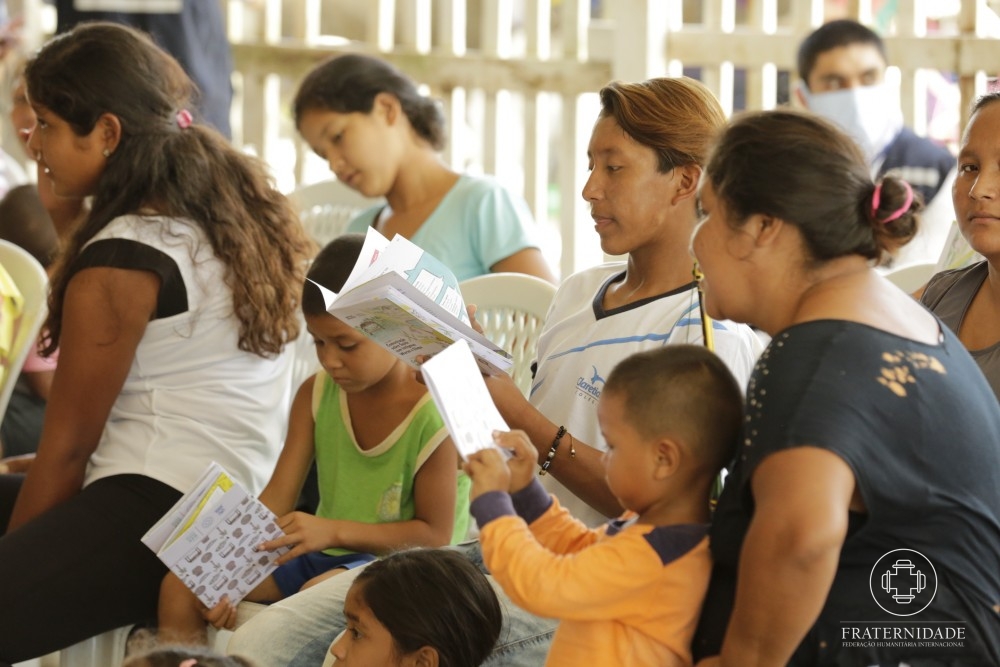 Presentation of the multilingual booklets on health to the indigenous community. 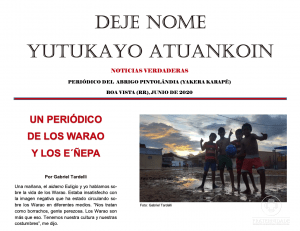 Communication is a human need that stands out in any organized group. To facilitate the dissemination of information on the activities in the shelter, the indigenous Warao created a radio broadcast in the Janokoida shelter, in Pacaraima.

The examples multiply: as a way of combating the disinformation about the Warao tribe, with the guidance of collaborators of the Fraternity (FIHF), the natives also created a communal newspaper in the Pintolândia shelter: Deje Nome.

The Art of Transforming Paradigms

‘‘Nona Anonamo – We Are All Artisans’ is a documentary that seeks to portray a reality rarely seen in traditional media. The audiovisual production has as its protagonist the indigenous Warao ethnic group, which having sought refuge from Venezuela, faces the challenges of inadequacy and social marginalizing.

The production tells the story of this indigenous people, known as the People of the Water, and their deep relationship with the Buriti Palm, its material and spiritual importance.

“It caught my attention that it is a shelter for indigenous refugees. A unique culture, changing countries due to external factors. We show the relationship of the missionary sister with the indigenous artisans, in a symbiosis of cultures, an exchange of knowledge – not only of handicrafts, but of human, ancestral, spiritual and feminine knowledge. All of this present within the refugee shelter,” comments Salvato, the film’s director.

“The documentary is a crude view of the human being, regardless of whether they are indigenous or missionary, experiencing a problem caused by external factors, because they did not choose this migration, and all the dramas it generates, the solutions, the laughter and tears of this situation,” he adds.

The Power of Philosophy

Amid the avalanche of information made possible through access to digital media, the Irdin Editora has stood out in the period of the pandemic, presenting itself as a source of  content for the teachings of the spiritual philosopher José Trigueirinho Netto, one of the founders of the Fraternity (FIHF). 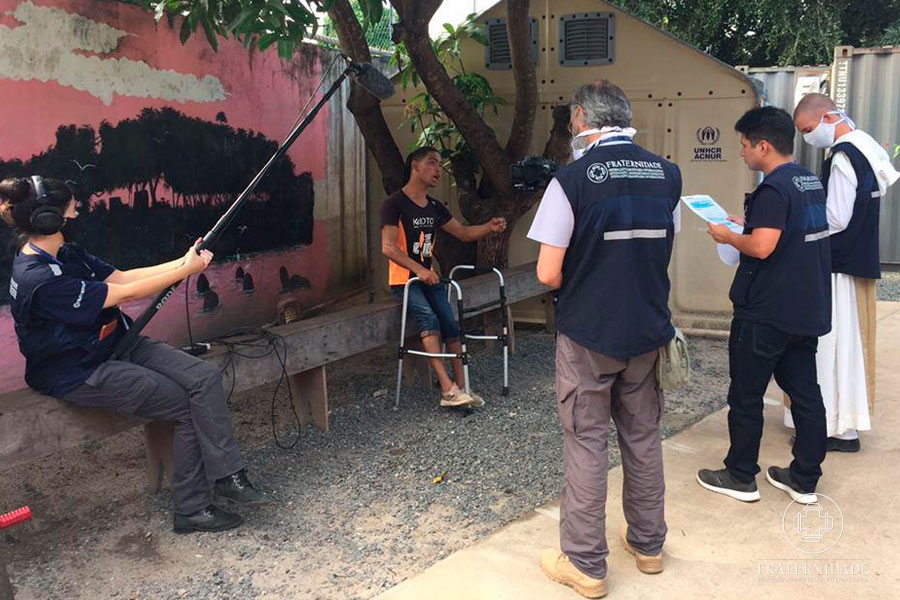 Communication Team of the Fraternity (FIHF) 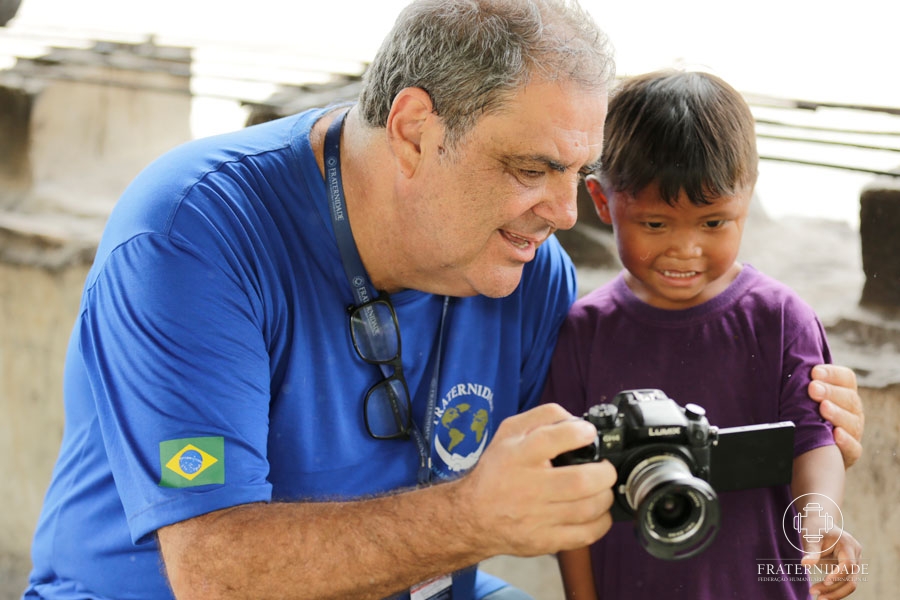 Salvato during the production of the Nona Anonamo documentary

In recent months, the official Trigueirinho channel of YouTube has seen a significant increase in the number of subscribers. Managed by Irdin, the channel posts weekly lectures, in addition to small daily reflections with the series “Thought of the Day.”

In this same context, the channel Misericordia María TV (MMTV) has been increasingly accessed in the current period, since content related to faith, prayer and meditation are some of the most sought-after topics on the internet.

“These channels transmit messages of faith that seek to elevate the spirit and draw closer to the Sacred. Both have an important role in this period that we are going through, as they bring peace and hope through prayer and teachings to thousands of homes around the world via the Internet,” adds Mother María Inés de San José, female monk of the Grace Mercy Order (GMO).