Tomorrow, June 8, the population of Sao Carlos, Sao Paulo hinterlands, will have a great opportunity to show how solidary it is. The Light-Nucleus of Figueira in Sao Carlos – Immaculate House of Relief of Suffering, summons people, especially those who live in the Planalto Paraíso district, to participate in the First Volunteer Group Service of the House of Sao Lázaro, beginning at 7 a.m.. 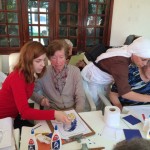 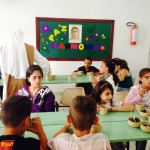 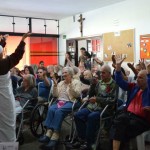 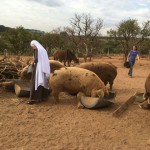 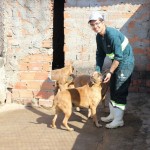 The Group Service has the goal of cleaning the terrain where will be raised the non-profit institution House of Sao Lazaro, which will dedicate itself to terminal patients. “In Medicine, this sector of looking after terminal patients is called Palliative cares, which means working so that people in this condition may feel supported and loved in the last moments of life”, explains Mother Maria Cleonice, of the Nucleus of Sao Carlos, which is an extension of the Light-Community of Figueira, of Carmo da Cachoeira, Minas Gerais, affiliated with Fraternidade – International Humanitarian Federation.

According to Mother Cleonice, as the terrain is empty, it often receives trash dumping. Instead of dumping in adequate places, many people, unconscious of the problems that this brings to the environment and to the vicinity, with the proliferation of insects and rodents, they dump their trash in the place where the House of Sao Lazaro will be built within two years.

“Besides the trash removal, it will also be necessary to cut low the weeds of the area, as well as hoe the area and prune the trees”, explains the Mother of the Light-Nucleus of Figueira in Sao Carlos, also a non-profit institution that has great need of donations to maintain its services rendered to the population of the city for about 30 years.

Work with the elderly, the sick and children

The Nucleus carries out many activities with the elderly who live in homes, and of poor neighborhoods of the city, besides the Palliative Cares it already gives in the hospitals of Sao Carlos. In the homes for the elderly, it offers crafts arts workshops, but also games, after all, playing does good to people of every age, improving humor and general disposition.

Workshops of music, of various crafts and of playful games are the main activities that the Nucleus conducts for the children of poor districts every Sunday, says Mother Maria Cleonice, stating that the Nucleus also develops an important action in defense of animals.

In the Photograph, the Affirmation to the Refugee: “You Have Value!”