In the social organization of indigenous peoples, in their original context, there is a particular group that is in charge of the protection of the group, of hunting, and the exploration of new territories – it is the lineage or clan of the warriors. Especially in the work of exploration, they serve as the spearhead that faces the dangers and opens the way for the whole population to benefit.

Invoking this ancestral archetype of the warrior, a group of representatives of the Warao tribe, coming from Venezuela and living in Brazil as refugees, offered to pioneer new paths in the context in which they currently live. Far from their territory, immersed in a non-indigenous culture in another country, facing a language different from their own, the courageous pioneers participated in the first training courses offered by the Fraternity – International Humanitarian Federation (FFHI) to the recipients of the indigenous shelters under their management. 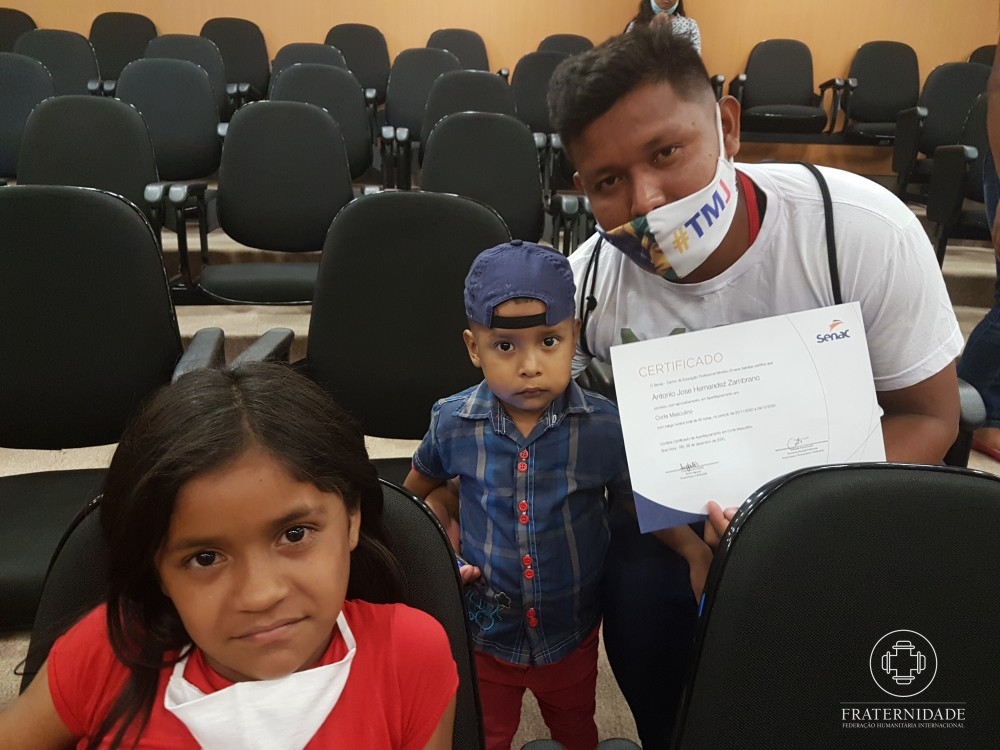 Inspired by article 23 of the Declaration of Human Rights of the UN, which envisions that: “Everyone has the right to work, to a free choice of work, to fair and satisfactory working conditions and protection against unemployment,” the Humanitarian Fraternity (FFHI) has been seeking solutions for a delicate issue, which is the situation of the Venezuelan indigenous populations that immigrated to Brazil and their search for subsistence.

Imer, a missionary who is collaborating in this work, affirms that the main barrier to be faced in this case is the language, because “the majority speak Spanish, but as a second language,” since their mother language is of the indigenous ethnicity they belong to. Another factor is that “their means of subsistence were informal in Venezuela, which makes access to the Brazilian job market more complicated.”

Managing the three indigenous shelters that exist in the State of Roraima, where most of these immigrant populations live, the institution has focused its attention on developing partnerships and promoting opportunities for the indigenous refugees to have the same possibility for entering the job market and of living a dignified life that is offered to the rest of the Venezuelan refugees in Brazil, in the commendable response that is being developed by the sum of the efforts of the government, the UN agencies, and the dozens of humanitarian agents. 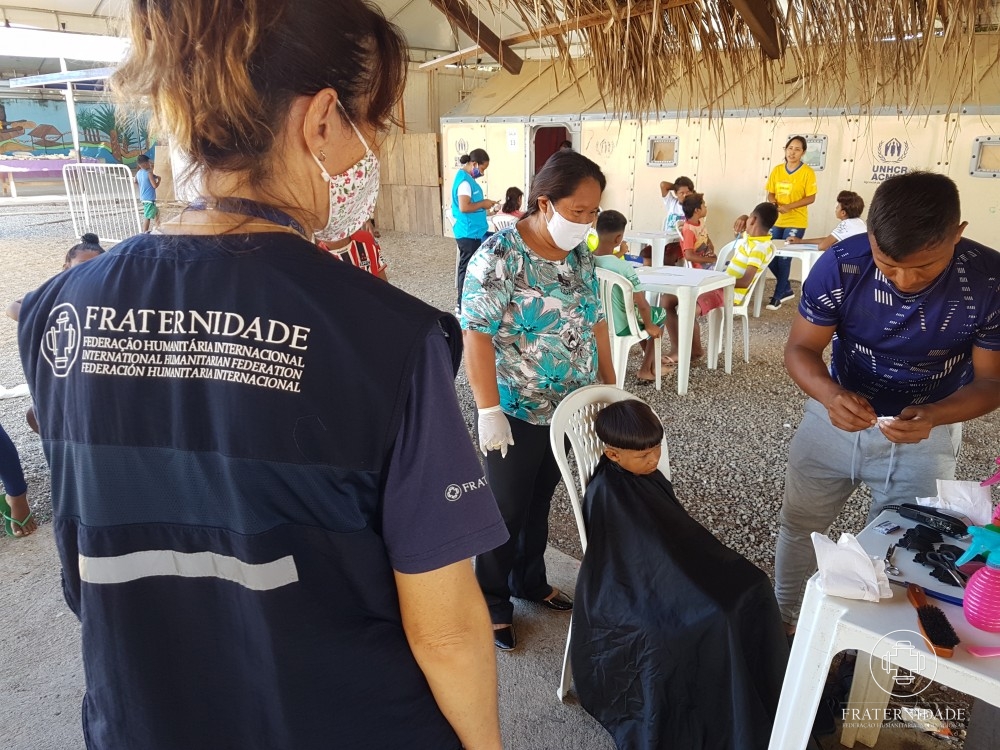 Practical class of the masculine hairdress course offered by SENAC 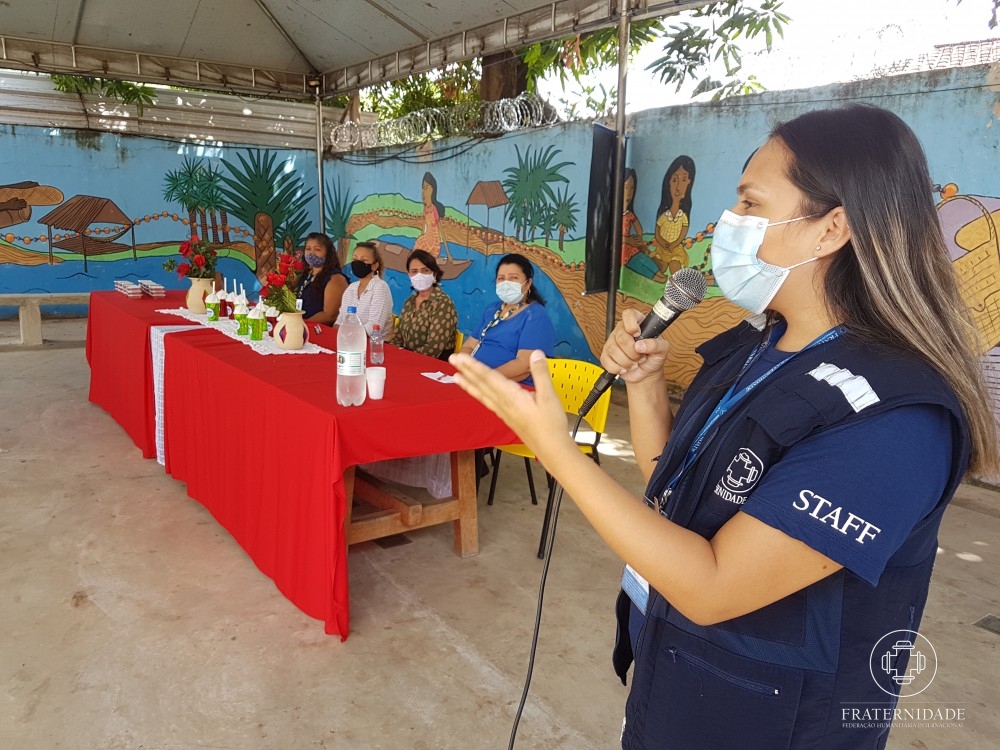 Graduation of the basic computer science course in partnership with UNIVIR

Since the founding of the indigenous shelters, Pintolândia in Boa Vista, and Janokoida in Pacaraima, in 2017, the search for lasting solutions has been one of the work fronts of the shelter manager, with the aim of providing the refugee population with means of subsistence that would allow it to not be exclusively dependent on the assistance of the humanitarian response. The work with handicrafts was especially stimulated and financed by the partnership with the United Nations High Commissioner for Refugees (UNHCR), up to the formation of a group of artisans who are moving towards the creation of their own association. 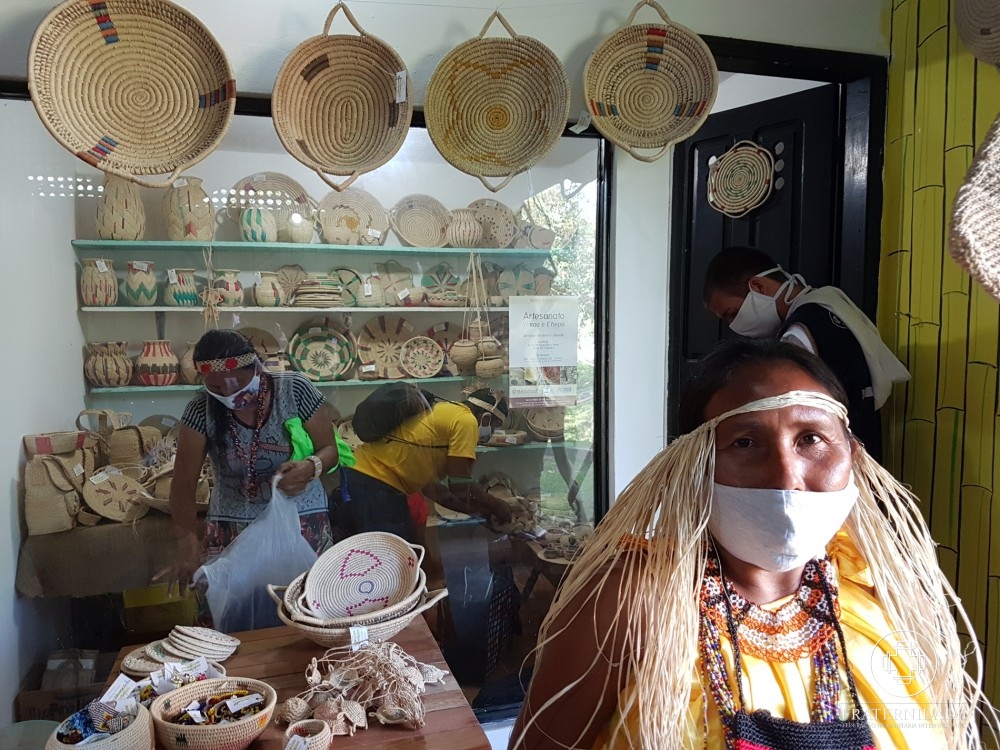 In 2020, after the stabilization of the most urgent emergency phases of the humanitarian response, with regard to shelter, food, health and security, the work of the Humanitarian Fraternity (FFHI) was able to focus more on lasting solutions. After having had a successful experience in providing certified courses for the recipients of non-indigenous shelters, between the months of November and December, the first three professional courses for indigenous refugees of the shelter were held – our pioneer explorers at the beginning of this article.

In partnership with the Virtual University of Roraima (UNIVIRR), and using the Computer Science Room of the Pintolândia Shelter, with assembled computers received as a donation through a partnership with the Federação das Indústrias of the State of São Paulo (FIESP), a 60-hour course on basic Computer Science was held, which gave initiation to the universe of computing  and certified nine brave student-explorers. 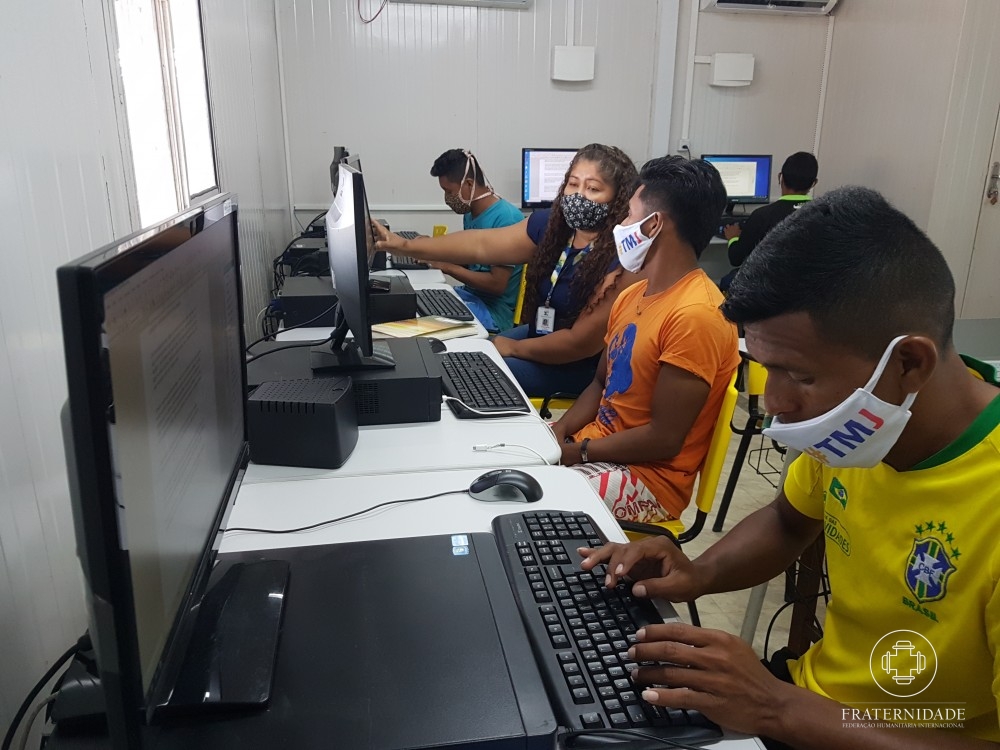 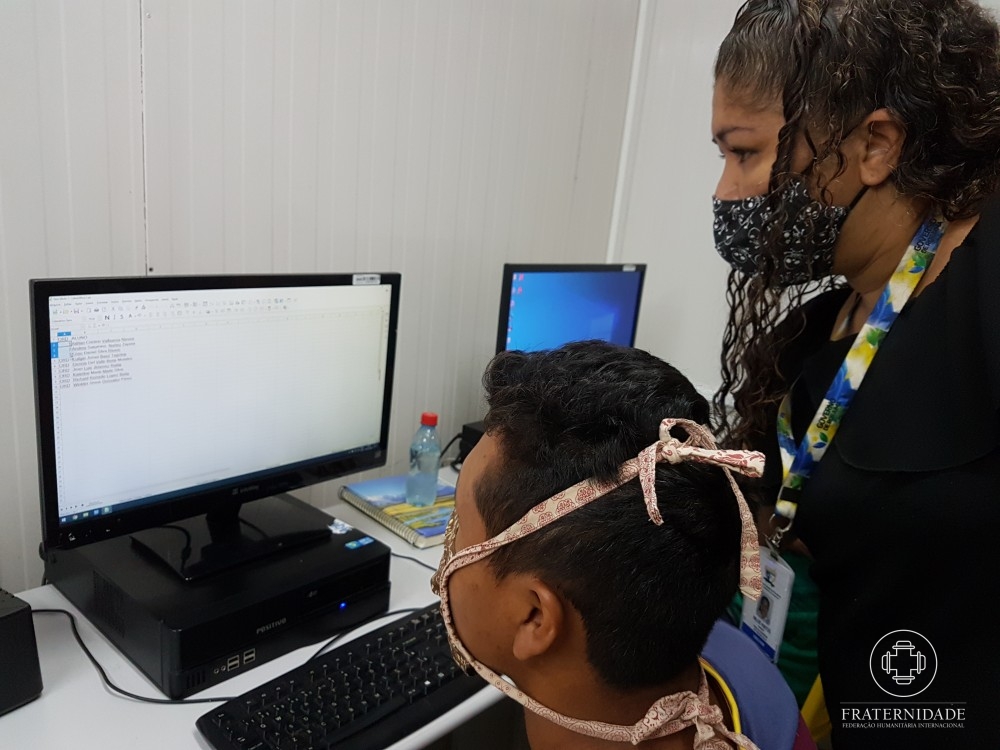 Financed by the UNHCR, the institution also promoted two courses at SENAC (National Service of Commercial Learning), with private classes, for the recipients of the Pintolândia and Janokoida Shelters. The course in Men’s Haircuts, of 40 hours, had 12 students certified, many of which already had quite a lot of experience in that area, and now, having a certificate from SENAC, broadly recognized, they will have more opportunities for finding an opening in the job market. The Basic Bakery Techniques course, also with 40 hours, trained 15 students, who throughout the course showed a lot of talent for cooking and teamwork, which opens the door for, in the future, thinking about other forms of entering the market, using as a reference the success story of the artisans. 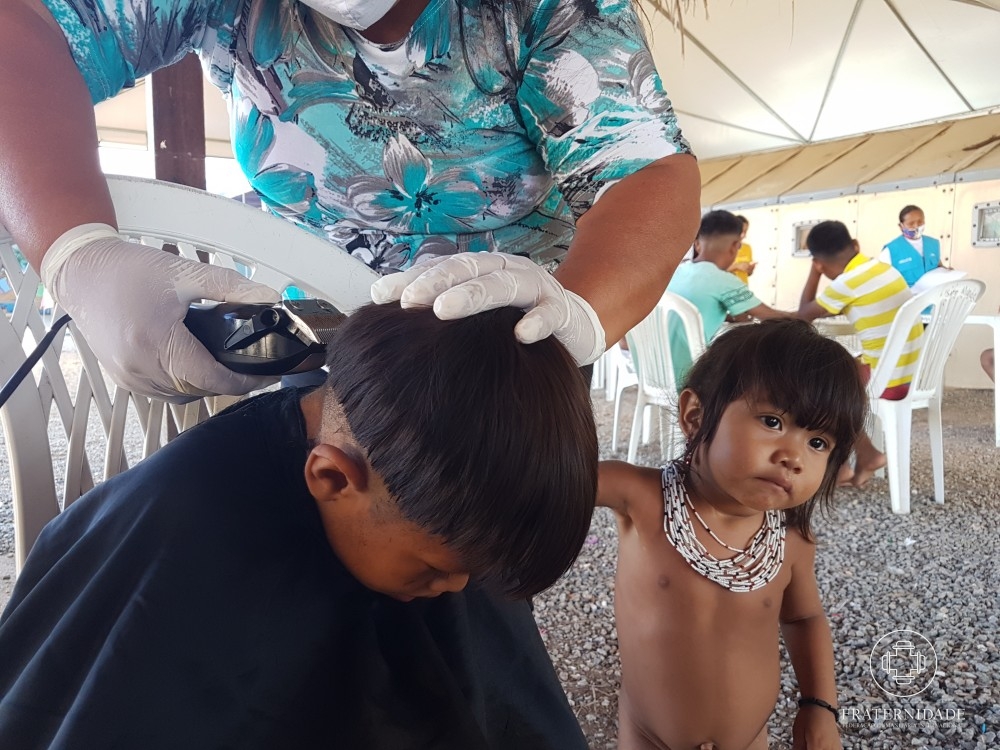 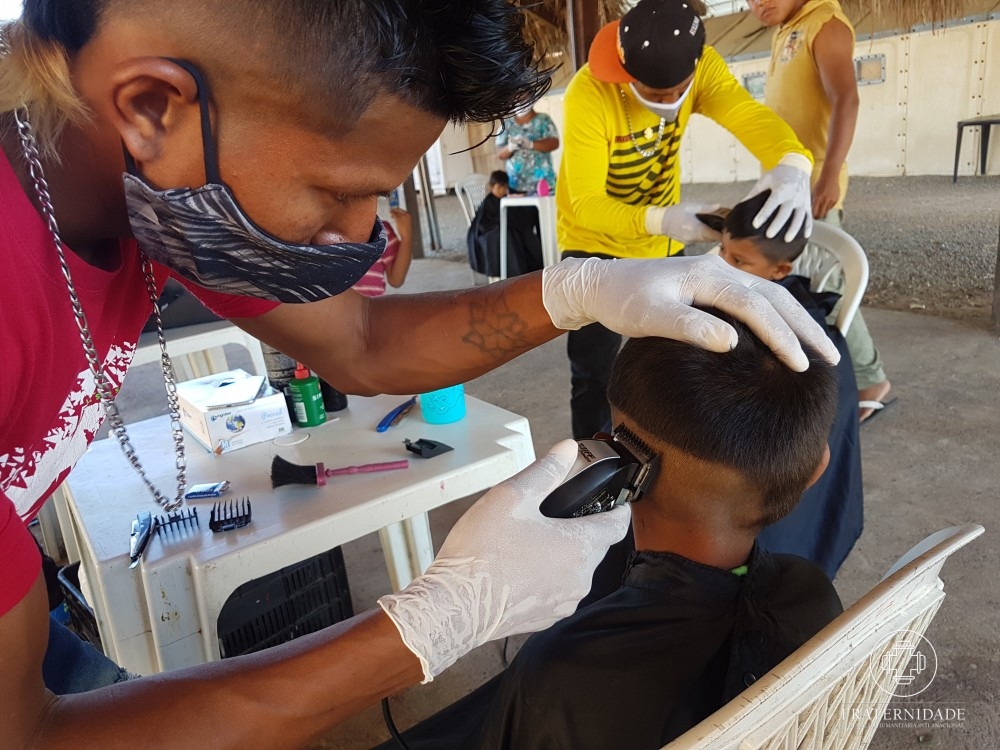 João Henrique Lago, coordinator of SENAC-RR courses, highlights that the main characteristic and differential of the groups that participated in these two courses was the will to learn. He says that “in spite of the challenges, especially the language, they did, in fact, make a very good response, in the sense of wanting to learn, in the sense of being ready to receive the information and take it from there for their lives.” 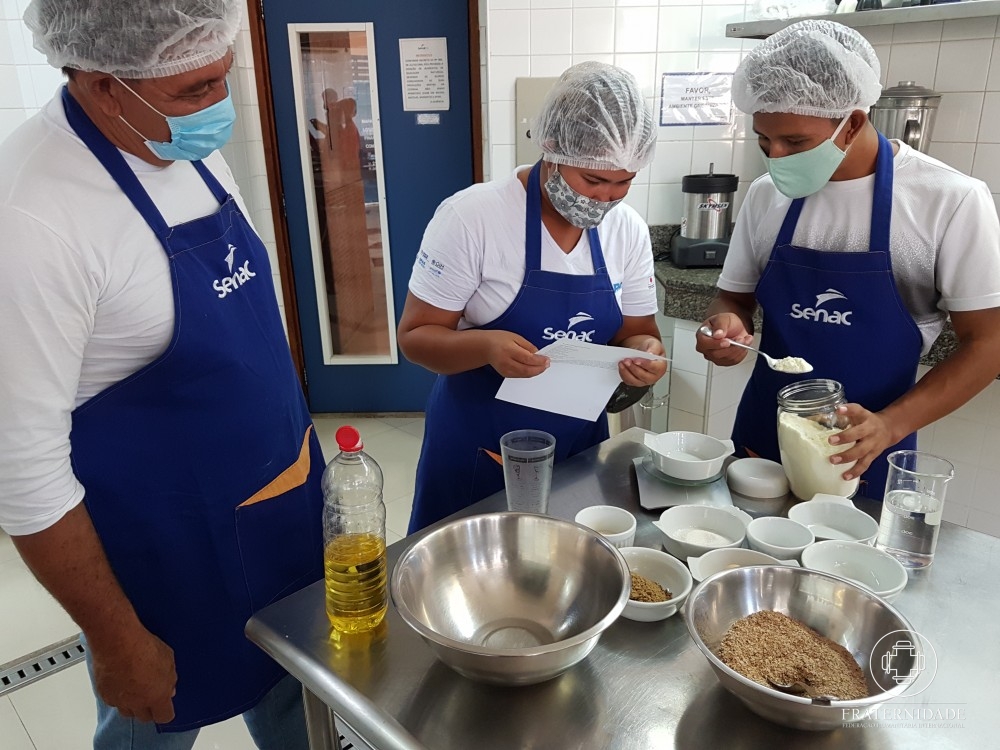 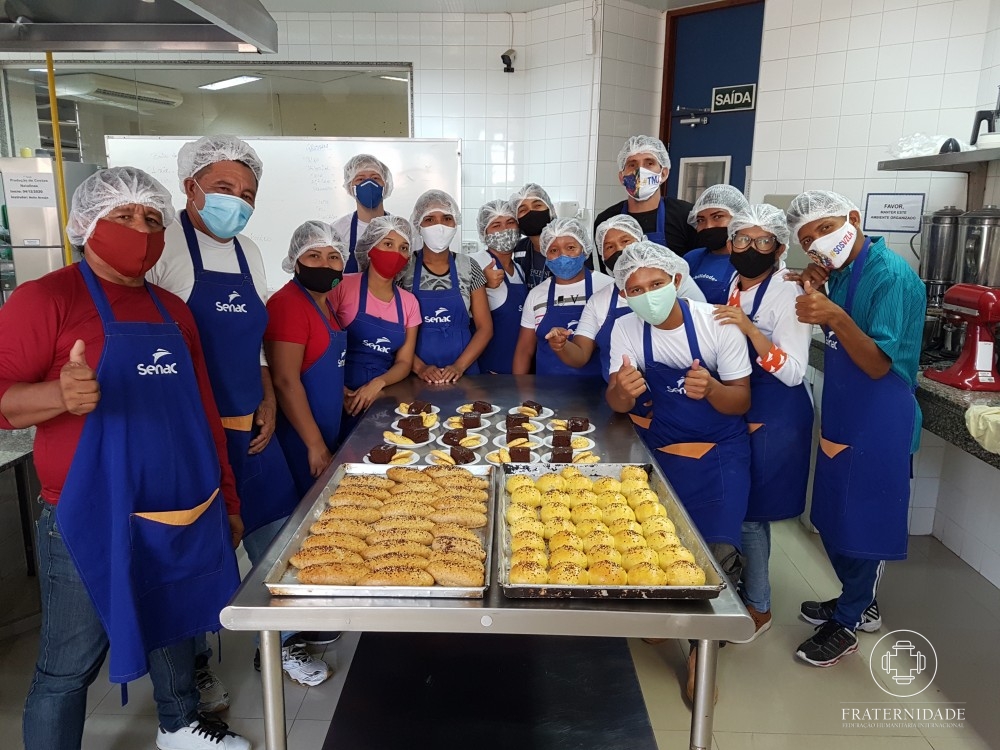 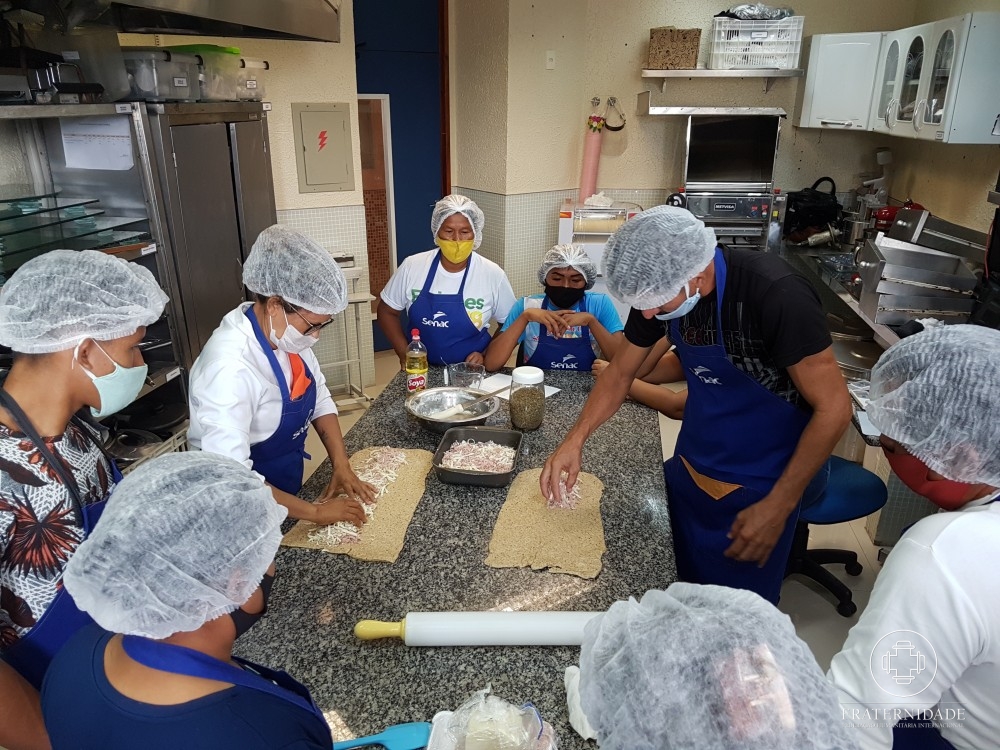 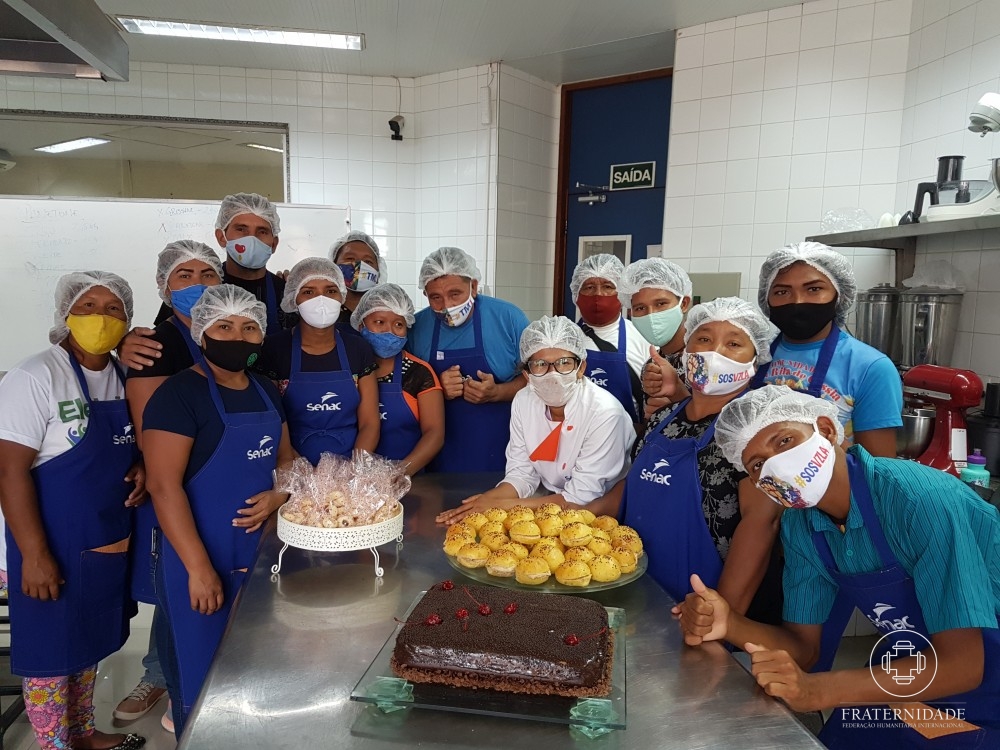 During the two weeks, the brave pioneer explorers were transported by bus to the SENAC, where they spent the mornings in contact with a scenario very different from the daily life of the shelters. In this venture of the exploration of new territories, they were able to learn not only professional techniques, but were going through an experience of cultural insertion, which brought them elements for enriching their framework of knowledge and experiences as human beings. More than technical training, there was life training, exploration of new cultural territories. And in this case too, as a spearhead, these pioneers are paving the way for the achievement of the dignity of the entire Venezuelan indigenous refugee population in Brazil, despite the countless diversities that are being faced. 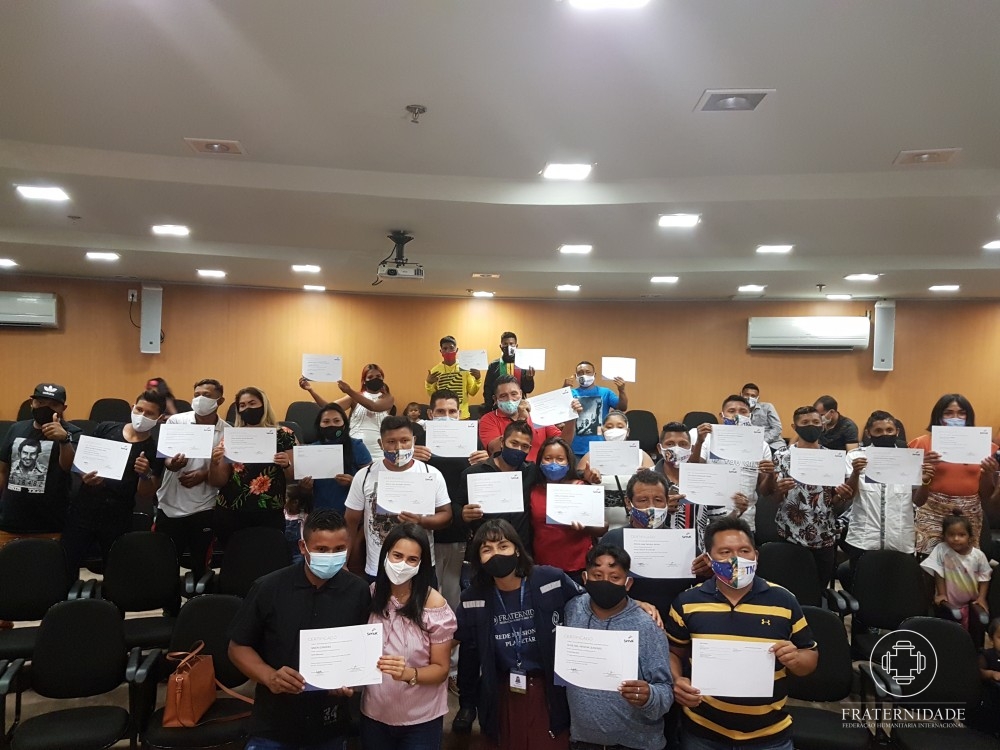 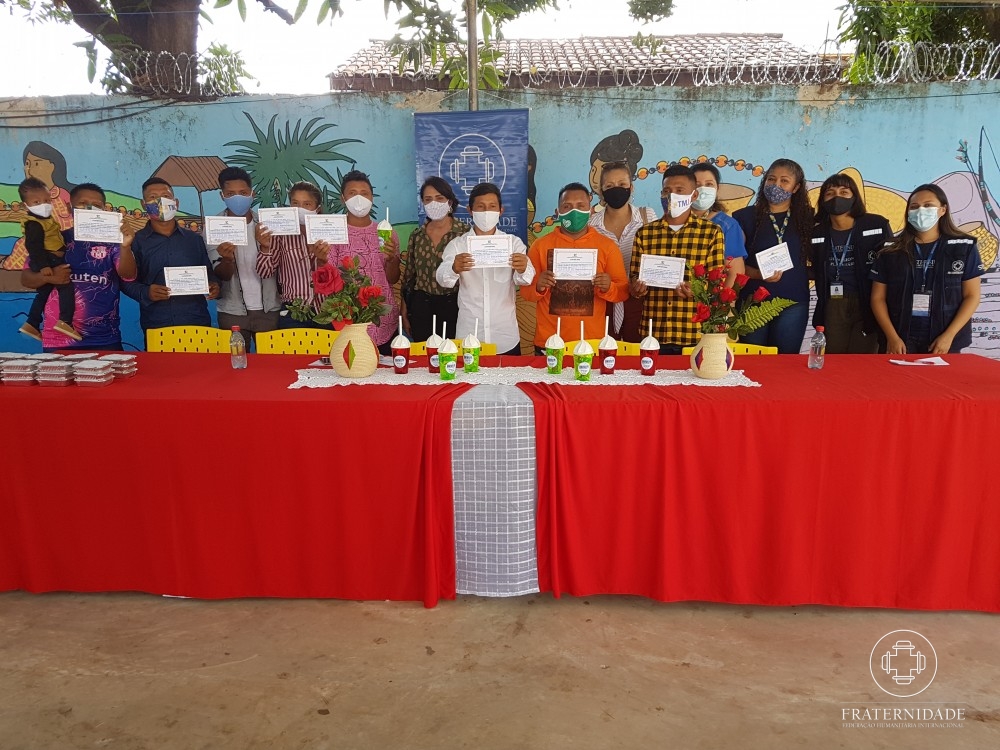 Graduation of the basic computer science course in partnership with UNIVIR