With the delivery of 60 eco-diapers to refugees in Manaus, the Light-Network of Porto Alegre fulfilled the goal of the Light-Network of Curitiba’s initiative project to form groups to make reusable diapers and sanitary pads to donate to poor families and refugees, initially from Roraima.

After the workshop held in Porto Alegre in September 2018 by collaborator Denise de Oliveira Nobre Aguiar, 30 diapers were made: 10 were destined for the Rosa Mística Community and 20 were sent to Figueira for distribution to the needy community of Carmo da Cachoeira. In this first phase, the work was developed through joint efforts to mark and cut the materials needed. Subsequently, each participant of the task was part of an assembly line: one marked and cut the fabrics and another sewed, place the elastic and completed the diapers.

From June to September 2019, having more experience, the group managed to make 60 pieces, which were delivered to the missionaries of the Fraternidade – International Humanitarian Federation (FIHF) during the Divine Mercy Marathon in Manaus, for distribution among Venezuelan refugees, where their numbers are increasing. 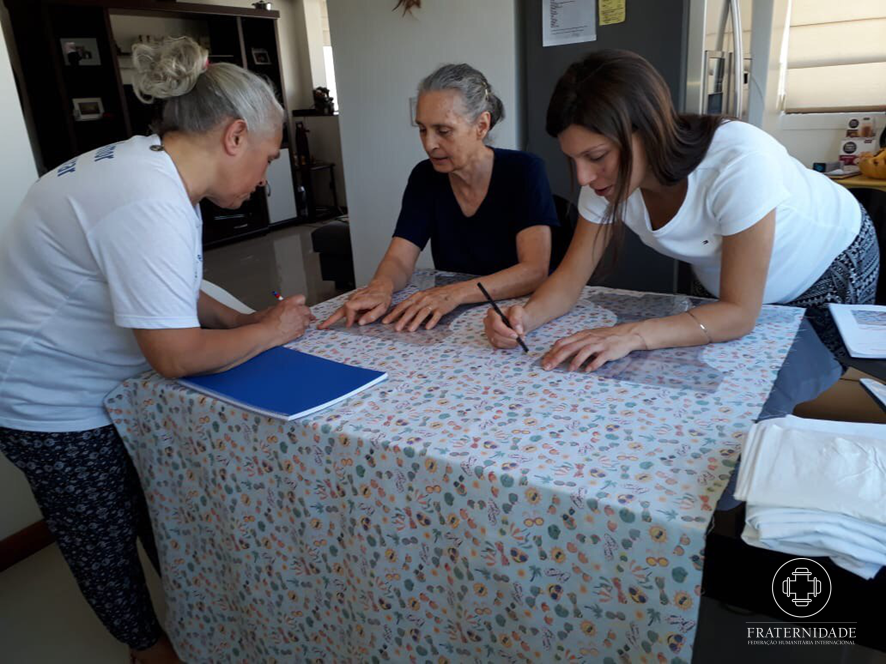 Claudete Calvi, one of the group’s members, points out that the task of making diapers “was a beautiful group exercise, in which one depended on the completion of the other brother’s step; we acknowledged our abilities as well as our limitations, which sometimes made it difficult for production to progress.”

This is another example of the Light-Network joining in service for the benefit of fraternal brotherhood and the preservation of the planet.

To find out how to help with this or other volunteer projects, please contact us at (51) 98504 0540 or email redeluzpoa@gmail.com