In the morning, in the House of Retreat, before the departure of the group, an activity was done with music for children.

The group travelled 180 km from Santiago de Chile to the city of San Javier, Maule Region, where they arrived in the late afternoon. They were lodged in a school where a lot of donation is stored.

The missionaries were received by the group “Desafio Levantemos Chile” (Challenge: Let us Raise Chile), which is organizing the donations and humanitarian help to the families that lost everything in the fires. This group has existed since 2010, when an earthquake occurred in the country, and since then they act in all kind of catastrophe that takes place in Chile.

The missionaries will help in the task of organizing and transporting many donations that are in the school to a gymnasium some blocks away.

Participation in a meeting to learn about the work done in the place and the current needs. The main necessity of the moment concerns the help to the families that live in far-away houses and places of difficult access, which have been affected by the fires. 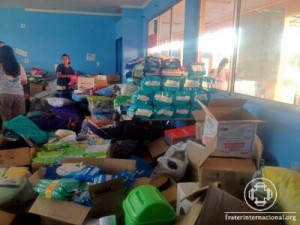 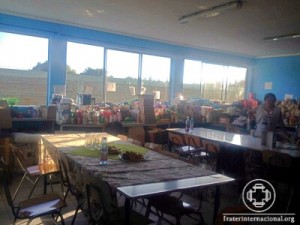 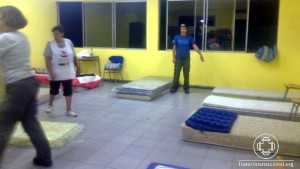 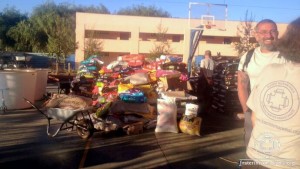 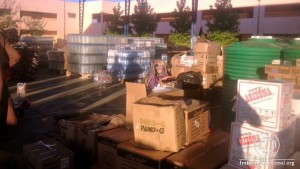 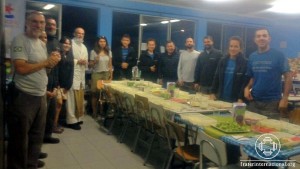