Visit of the Vice-Secretary of Health of Boa Vista and of a doctor to the CRI – Center of Reference to the Immigrant. The health professional made the commitment of assisting patients three times a week: on Tuesdays, Wednesdays and Thursdays, from 8 thru 10 a.m.

Members of the Pastoral of the Children, accompanied by a priest, also attended the CRI. The pastoral will begin to  assist the children from 0 thru 6 years old, with the rhythm that it has been developing in the diocese. The priest also made the commitment to celebrate a mass in the CRI, on a date still to be defined.

Two female representatives of the Rural Union also visited the CRI and offered help for the elaboration of the vegetable garden, preparation of the Buriti seeds and of the straw that will be used for the artisanship of the Indigenous people.

Another case of tuberculosis and AIDS has been detected. The patient was referred to the General Hospital of Roraima.

Meeting of the missionaries with the coordinator of the city Civil Defense and Indigenous Chiefs. The new members of the Civil Defense that will be 24/7 doing the security of the place.

A teacher began to elaborate a dictionary of words and expressions in the Warao Language. The dictionary will be in Spanish, Warao and Portuguese.

The work of the children focused on the making of small cardboard houses typical of the Warao People. The objective of the activity is to work the cultural identity of this people.

The flux of donations received from the community remains: fruits, vegetables, other foods and clothes. Some donations are also given to Venezuelan families that are not lodged in the CRI, but that are spread in several neighborhoods of the city of Boa Vista. 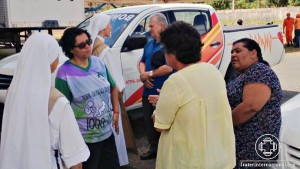 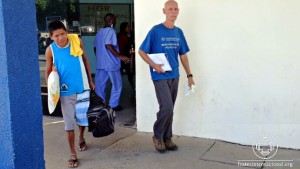 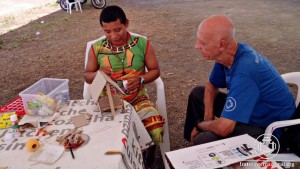 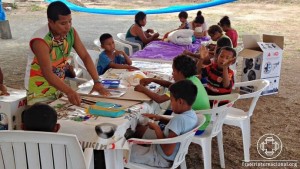 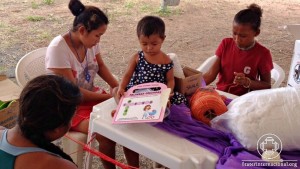 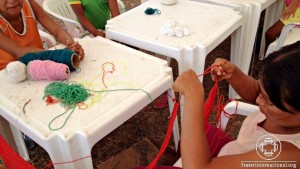