Confraternity Mission – First actions in the community of El Mistol 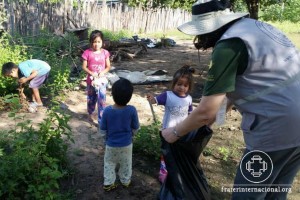 The missionary group of Fraternidade – International Humanitarian Federation, said farewell to the community of Fwolit, and began activities in another community of the Wichi ethnic group, this time in El Mistol, at 6 km from the city of Tartagal. This movement is part of the Confraternity Mission, conducted in support to the Indigenous communities affected by the floods that are taking place in the province of Salta, North of Argentina.

The first task was to harmonize and sweep the space, and collect trash scattered on the ground. Then a breakfast was shared, with bread and chocolate. The children offered songs of welcome and then participated with enthusiasm in the recreational activities. 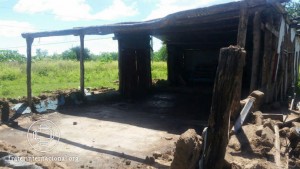 The missionaries found the temple of the community devastated by the storms that recently took place in the area, and several houses built below the ground level, which makes them vulnerable to floods. They intend to show how to create a wall of contention of waters, similar to the one built in the community of Fwolit.

To respond to the demands of several families, a little First-Aid kit was organized, with subtle medicines available in the group, such as propoleum, Maytenus Ilicifolia, hepatobiliar, cicatricin, apys, arnica, among others. 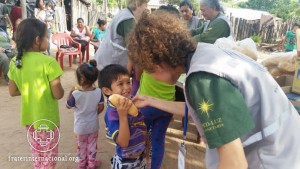 The Chief of the community shows visible signs of dispiritedness. His main concern, according to what he revealed, is not to be able to help his community as before, due to an illness that keeps him debilitated, and to the loss of a communitarian radio, through which he managed to transmit useful information and obtain help for the diverse needs of the different Wichi communities in the region. “We had a long talk with the Chief. He became very thankful, and said that the presence of the missionary group brought a new hope, which they had lost”, said Wanderley Freitas, one of the missionaries.

Those of you who feel like collaborating with the Confraternity Mission can obtain additional information here. 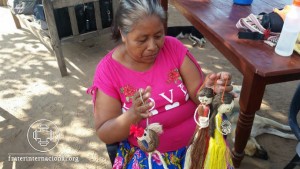 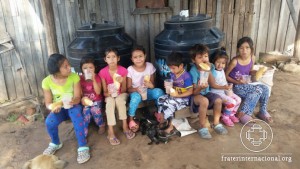