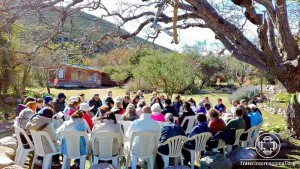 Between May 25 and 28, the Community-of-Light of the Brotherhood, located near the city of Capilla del Monte, province of Cordoba, Argentina, promoted the meeting “Igniting Our Inner Suns”, with the main objective of gathering and deepening the contact between the members of the Network-of-Light of Argentina of all provinces of the Northern Region and the work of manifestation of this group.

The meeting had the participation of 75 people, including representatives, members and regional coordinators of the provinces of the Northern region and general coordinators of the Network-of-Light of Argentina, who are also representatives of the Fraternidade – International Humanitarian Federation in the country. Also members of the Monastery of the Brotherhood, of the Grace Mercy Order, participated. 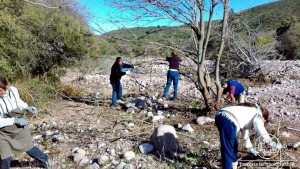 The Network-of-Light of Argentina is divided into three regions: North, Center and South. The regions Center and South have as main task the manifestation of the Community-of-Light of the Fraternity and House of Redemption, in Paysandu, Uruguay, and also the nucleus of service in Viedma, province of Rio Negro, Argentina. The North region has the responsibility of sustaining the manifestation of the Community-of-Light of the Brotherhood, the Monastery of the Brotherhood and the Marian Center of the Holy Spirit.

During the four days of meeting, volunteer group services were conducted with the Kingdoms of Nature, in the buildings and in the maintenance of the facilities, deepening the responsibility for the manifestation in the place. On Saturday, the live transmission of a Study by Friar Luciano and on Sunday a “Sharing” by Trigueirinho. 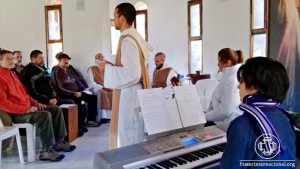 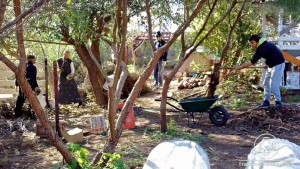 Two meetings promoted on Saturday and Sunday in the morning touched on the themes of the relationships of the groups of the Network-of-Light with the Community-of-Light of the Brotherhood and with the Marian Center of the Holy Spirit. The need for more regular rhythms of the comings of the groups and of a more permanent and responsible attunement with the Community-of-Light became clear.

It was defined that the meetings in the Community-of-Light will be half-yearly, and the next one is appointed for the 17 thru 20 of November, 2017. “We perceived that the meeting took place with a very mature harmony and fraternity, the feeling of the presence of the Hierarchy, of the commitment with the Sacred, everything was very present and manifest in the attitude of each one”, said Maurício.