Lands of the Sun and Lands of the Brotherhood are two areas of Figueira that had been under a free-lease agreement and now are part of the Light-Community. With the objective of raising the funds necessary for the definitive purchase, the Brotherhood carried out a campaign in 2015. After two years of campaign, we could make the purchase in 2017.

We thank for the collaboration of all who made this possible!

Today, these áreas are destined to welcome families, to retreat and work with cultivation and agro-forestry. 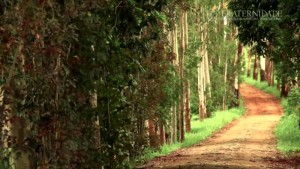 Two areas of the Community-of-Light of Figueira – the Lands of the Sun and the Lands of the Fraternity – may no longer exist after December of this year if the Fraternity – International Humanitarian Federation – cannot raise the amount necessary to acquire these lands. The need for the purchase has arisen because of the end of the free-lease agreement (a arrangement of free and time-limited lending) of these lands, which will occur in December 2016. 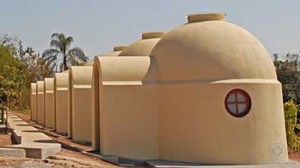 Both areas were incorporated into Figueira in 2001 and since then have performed important tasks. The Lands of the Fraternity have a total area of 64 hectares and are adjacent to the area known as F3. It is offered to the union among the kingdoms (mineral, plant, animal, human and devic) and the holding of retreats. It is also in this area that the majority of people who come to the community for the first time stay. 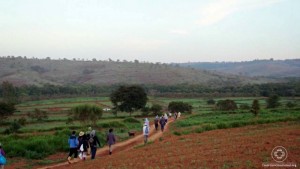 In the region close to F2 are the Lands of the Sun, with an area of 120 hectares. In addition to receiving people for retreats, works of the multiplication of pure seeds are developed there, where almost all of the cultivation of the Community is concentrated, feeding hundreds of people every day. 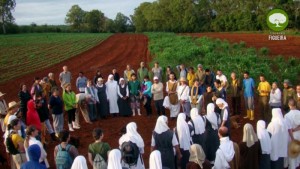 For these lands to continue to serve and harbor all, the Fraternity has launched a Campaign with the objective of raising funds for the definitive purchase of these areas. The deadline is approaching.

Learn more about the campaign here