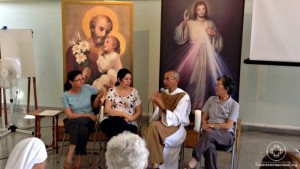 Between February 12 and 14, the Nucleus-of-Light of the Sacred Heaven, located in the city of Belo Horizonte, Minas Gerais, Brazil, hosted the Meeting among Nuclei-of-Light, Monasteries and Network-of-Light. Among the approximately 30 people who participated in the event were members of the Nuclei-of-Light of Brazil and Europe, members of the Monasteries of the Grace Mercy Order who work in the Nuclei, and the Fraternidade – International Humanitarian Federation. 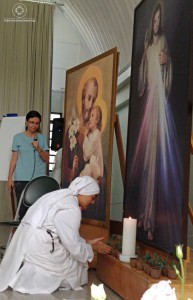 The first day of the event was dedicated to the reception of the people and the participation of the group in the vigil of prayer, transmitted by the Marian Center of Aurora, in Uruguay.

The following day started with the adoration of the Blessed Sacrament and then the meeting was opened by the coordinators of the Planetary Network-of-Light, Nadjana and Amarista. Each participant received a small vase, earth and a seed of a pansy, to symbolize the union and unity among the groups and the task received by all, of being “sowers of love”. Then representatives of the Nucleus-of-Light of the Sacred Heaven shared their experiences. In the afternoon, the Fraternidade, represented by Mirnuk and the Council of Regency, represented by Friar Supremo, presented aspects and goals of the work. In the evening, they followed the transmission of the “sharing” of Trigueirinho and of the Apparition of Mary. 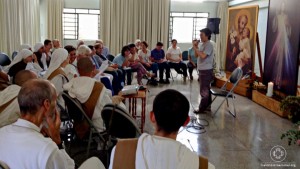 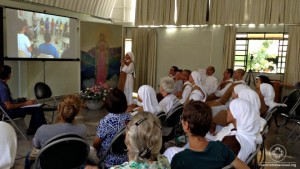 “It was a communion of Brothers and Sisters who live a similar experience and who want to make a contribution to a more fraternal and united life. I think it is important to be in continuous renovation to be able to participate more in the group union”, said Renata Falci, a member of the Coordinating Board of the Nucleus-of-Light in Belo Horizonte – of the Sacred Heaven.

“It was a great joy to have hosted the first meeting here in the Nucleus-of-Light of the Sacred Heaven. Each one with their participation and experience brought many impulses. It was very enriching. A synthesis of all that took place will be made and from now on we will put into practice a unified project. We left this meeting with proposals of targets to concretize”, said Beth Picorelli, another member of the Coordinating Board of the Nucleus-of-Light in Belo Horizonte – of the Sacred Heaven. 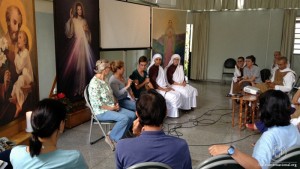 The coordinators of the Planetary Network-of-Light perceiveds as goals fulfilled during the Meeting: the updating of the activities developed by this triad that forms the Nucleus-of-Light: monasteries, group life and Network-of-Light; a bigger integration among the Nuclei-of-Light, as extensions of the Communities-of-Light and the establishment of projects and goals aiming at new steps, so that the work of the Fraternidade may express itself with more unity among the servers of Light. 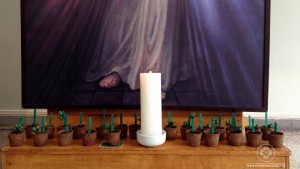 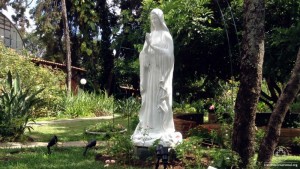