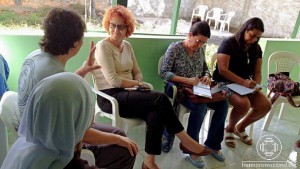 Meeting with the Sesc of São Paulo

On Monday, 26, a group of the Social Service of Commerce (Sesc) of São Paulo was in the CRI – Center of Reference for the Immigrant to get to know the place.

On the following day, the group gathered in the House of Saint Joseph with representatives of the Fraternidade – International Humanitarian Federation and of the Civil Defense of Roraima. The goal was to learn about the historical process of the insertion of the Fraternidade in the support to the Venezuelan immigrants up to the present moment.

Cultural Festival
A meeting was held at the Brazilian Company of Agricultural Research (Embrapa) with the owners of a hostel that intend to organize a cultural festival with the Venezuelans in September. The hostel will offer lodging and food to the Venezuelan who are in the shelter, and the donations of food raised during the event will be given to the CRI. The organizers of the festival seek a permission of the Ibama (Brazilian Institute of Environment and of Renewable Natural Resources) for the Indigenous people to harvest the Buriti straw at the headquarters of Embrapa to make artisanship for the event. 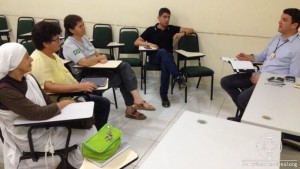 Meeting at the UFRR with Embrapa and Nursery

New group of support
The coordinator of the course of Nursery of the Federal University of Roraima (UFRR) and a representative of Embrapa met at the University and formed a group that will support the shelter in several sectors. It was agreed that every Wednesday students of the course of Nursery will work in the CRI. They will create patient records, make referrals and insert the immigrants in the health programs of the government. Besides the nurses, also two dentists and a pediatrician doctor will work. It was proposed that the students of the course of Nursery accompany the cases and health tests in the hospitals, counting as workload of internship for complementary activities.

Weekly Meeting
The weekly meeting of the mission was held in the House of Saint Joseph, on Thursday, 29, with the presence of the monastery of the Grace Mercy Order and two representatives of the Network-of-Light of the Fraternidade. In the agenda were matters of organization, such as the distribution of tasks in the shelter and outside it.

Conflicts
There have been some pillages of donated foods and quarrels among the immigrants. Thefts in the shelter continue to be frequent. It was necessary to call the Civil Defense to mediate. These facts have been generating conflicts in the place and demanding the presence and continuous effort of the Fraternidade as mediator.

Volunteering
A pedagogue will teach Portuguese to the Venezuelan immigrants.

Nurses of the course of Nursery of the Federal University of Roraima (UFRR) will conduct health actions in the shelter.

Two Master’s Degree students of the course on Public Security of the State University of Roraima (UERR) will learn about the situation in the shelter and intend to develop projects in the place.

A technician of Nutrition has offered to accompany patients in the maternity and other necessities.

The volunteer that will offer closets, tables, chairs and partitions to create a space for children went to the CRI with the engineer to make measurements.

Agronomist volunteered to collaborate in the second semester in the educational field, with story-telling and teaching Mathematics through the vegetable garden.

In the Nucleus-of-Light of Figueira in Roraima in the afternoon, the missionaries watched via the internet the lecture of Trigueirinho and then participated in the rehearsal of the choir, with the participation of the monastery, residents and collaborators.

Press
Teams of the TV conducted reports in the shelter to show the current moment of the CRI, concerning proposals, projects and security.

A reporter of a printed newspaper of Boa Vista and a team of report of the Government of the State of Roraima were also in the CRI. 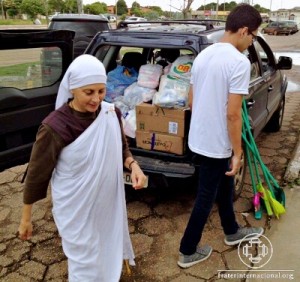 Donations of students of UFRR

Donations
During the week, several donations of food and clothes were done. Due to the winter time, the amount of food raised in the local commerce diminished.

The Quadrangular Church made distribution of provisions. They were 400 kg of rice, 300 kg of manioc and 300 kg of mild powder.

Students of a State School of Boa Vista who participate in the Project “Living Solidarity” were in the CRI and left clothes.

A teacher of the UFRR conducted a raising campaign with the students, who went to the shelter and left food and cleaning products.

20 food stamps were distributed to non-Indigenous Venezuelan who live in other districts of the city.

600 eggs and breadcrumbs were received by means of the Mesa Brasil (Brazil Table) program of Sesc (Social Service of Commerce). 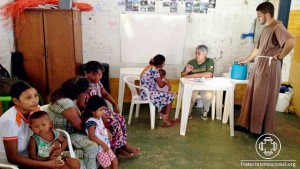 Health
During the week health attendance was conducted, as well as referrals to a health center. The newly arrived immigrants received hygiene kits.

It was requested to some young Warao men to donate blood to an Indigenous woman who is hospitalized in a serious condition.

A meeting was held in the shelter with the Annex Secretary of the Secretariat of Work and Social Welfare (Setrabes), a representative of the Médecins Sans Frontierès, the Civil Defense of Roraima and the Fraternidade. The goal was to present to the team of Médecins Sans Frontières the sanitary conditions of the shelter. 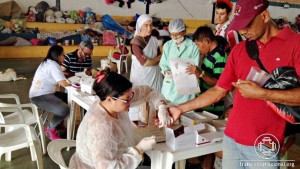 Members of the Special Secretary of Indigenous Health (Sesai) conducted health attendance, and, together with agents of the Special Yanomami Indigenous Sanitary District (Dsei), conducted 38 quick tests for the detection of HIV virus, Syphilis, Hepatitis B and C. There were health accompaniments and treatment of wounds.

Child Hospital of Boa Vista communicated that an Indigenous immigrant with her child left hospital before receiving discharge. The child has pneumonia.

A doctor and coordinator of the Network-of-Light of Roraima conducted 32 dermatological attendances in the CRI. 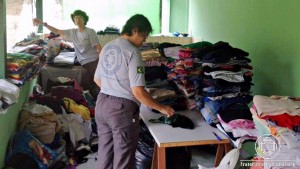 Selection of clothes in the House of Saint Joseph

On Saturday, 1, the selection and the organization of the donations that are in the House of Saint Joseph was done, and the offering of dinner was done by the Community of Saint Catharine of Siena.

Sunday, 2, was a day of restoration, harmonization of the House of Saint Joseph and selection of donations. Lunch in the CRI was offered by the group of the Masonry. 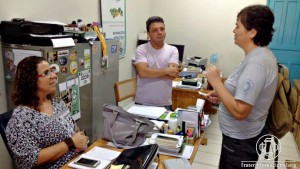 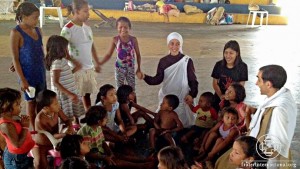 Good morning with the children 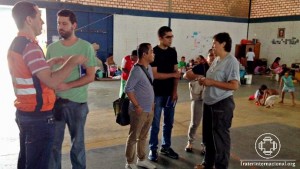 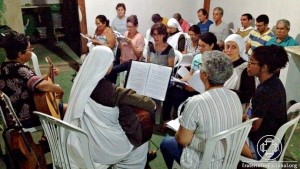 Rehearsal of the choir