Humanitarian Roraima Mission – arrival of new refugees in the shelter

On Tuesday, 2, a volunteer group service was done, both of cleaning and of garbage selection, in the CRI – Center of Reference for the Immigrant, in the city of Boa Vista. Children and adults participated.

On Wednesday, 3, a heavy rain flooded the external part of the shelter. Children played in the water, and a kitten, brought by the waters, was found in the shelter and welcomed.

The Civil Defense of Roraima raised donations and, with the help of the missionaries, distributed food for 150 families of Venezuelan people who live in the city of Boa Vista.

On Friday, 5, missionaries and refugees accompanied the transmission of the Apparition of Christ during the Marathon of the Divine Mercy, which took place in the city of Oporto, Portugal.

Creation of a daily activity with a group of women and youths of the shelter, with the objective of instructing about hygiene habits, sharing moments of prayer and discussing about other subjects, such as trying to find alternatives for the mothers not to take their children to beg for alms on the streets.

Due to some conflicts between Indigenous and non-Indigenous Venezuelan refugees (the latter called “criollos”) in the CRI, the Fraternidade and the Civil Defense of Roraima made a list of people who will have to leave the shelter.

On Thursday, 11, Warao women rehearsed a dance that will be presented on the Mother’s Day (to be celebrated on May 14, 2017 in Brazil).

Health
In some situations, the missionaries have faced a resistance on the part of parents of sick children to let their kids be referred to medical assistance. Diarrhea, vomits, malnutrition, cold and fever are the main health problems of the refugees in the shelter, which need referral to hospital.

“There is a lot of still water around the shelter, which was brought by the rains. And the children play barefoot in these places. I believe this is one of the causes for these diseases, besides the great amount of mosquitoes”, said Nair, a collaborator of the health sector.

A laboratory of the city of Boa Vista made a donation of medicines to the shelter.

“In the area of the shelter, we have perceived that all human aspects are found, both the negatives and the positive. So I think that the work is to find a balance of these forces that act, but of all forces, the most significant is love. There is no other form of balancing the condition that we see every day, except for love, which equalizes everything”, said Fernando, a missionary of the Fraternidade – International Humanitarian Federation. 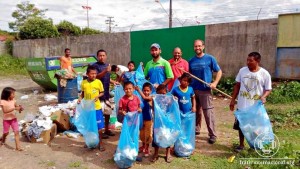 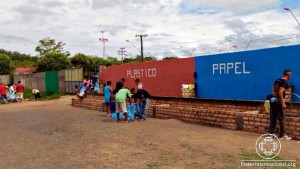 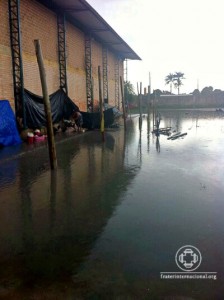 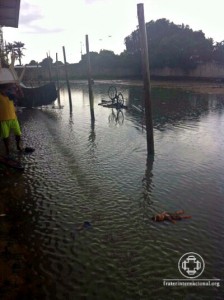 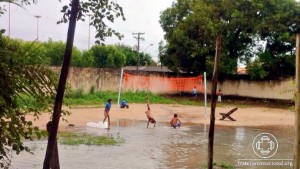 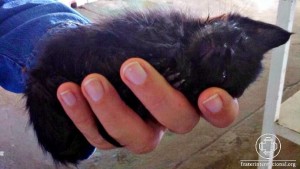 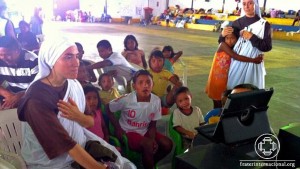 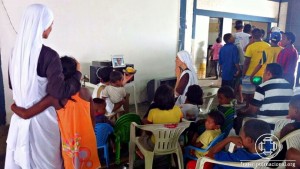 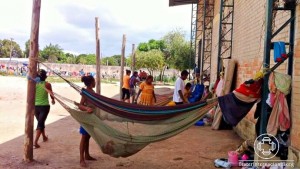 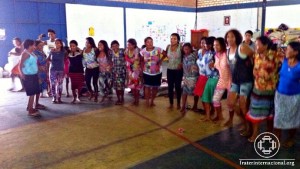