Donation of food to some refugee families and of clothes and toys in the diocese of Boa Vista.

Many donations were also received in the CRI – Center of Reference to the Immigrant.

Removal of containers with debris and trash from the CRI.

Done the selection of food received as donation.

“The selection is a task that demands the collaboration of many people. It brings about participation and attention to protect what has been donated, so that it reaches everyone”, explained the nun Inmaculada Concepción, of the Grace Mercy Order.

A TV team makes a report about the work in the CRI.

Meeting of the missionaries with the team of the Civil Defense of Roraima, to define the upcoming initiatives.

Arrival of donation of many books for the children and the adults. An Indigenous refugee and a missionary are organizing a little library that will be part of an educational space for the children. The objective is to work on language, to know chants and dances of the Warao people and to share stories.

For the adults an educational space is also being created, which already operates with a Portuguese teacher to help the refugees in more basic issues of communication. The second class, given today, had more than 31 enrolled.

“We feel that a work of unity is developing between our group and all the groups of immigrants”, said Inmaculada. 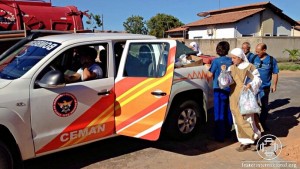 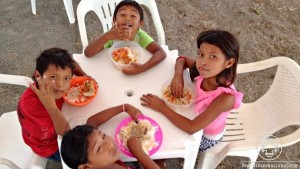 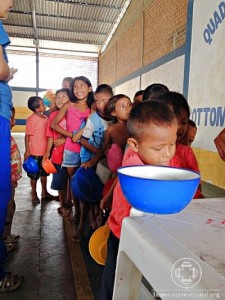 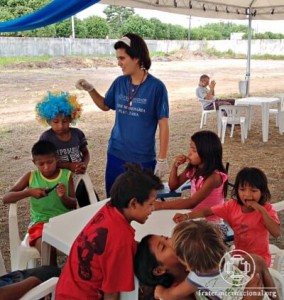 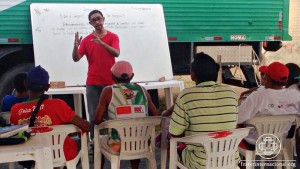 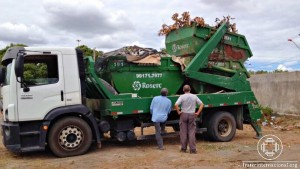