Raising of food in the city of Boa Vista.

Distribution of clothes in a village in the city, where many families of Venezuelan non-Indigenous refugees live.

Visit to the CRI – Center of Reference to the Immigrant – of a group of the “Program of Social Approach” of the City Hall of Boa Vista, composed by a pedagogue and her team. They learned about the work and saw the needs of the place to check in what areas they will be able to help, such as food, cleaning material, personal hygiene items, and materials to work with the children.

A member of the Union of Rural Workers of Roraima suggested that the Fraternidade enroll in the program “Table Brazil”, of the CONAB (National Company of Supply. The program has the objective of distributing food of family agriculture to institutions that need it.

State Secretary of Indigenous People in Roraima visited the CRI in the afternoon and talked with the Indigenous people. He checked their situation and invited the Chiefs for a meeting of the Association São Marcos, formed by Indigenous groups of several ethnic groups who are living in delimited lands. The possibility will studied for the group to live in some of this land.

“I perceive that all the Indigenous and non-Indigenous people who are in the CRI are already in conditions to look for their paths. Quite different from their previous situation, when they were very suffering and with many health problems and exhausted from their walk to Brazil. Their situation has changed a lot, they have rescued their dignity and are in conditions to place themselves before society and to have their independence”, said Cláudia, a missionary of the Fraternidade – International Humanitarian Federation.

TV team made a report in the CRI.

Group of the Adventist Church celebrated a cult in the CRI and afterwards offered dinner. 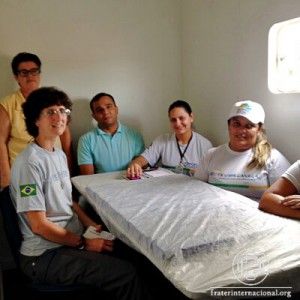 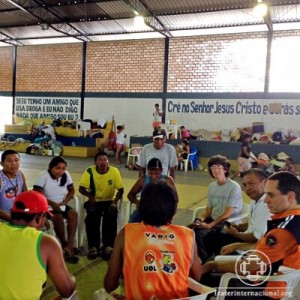 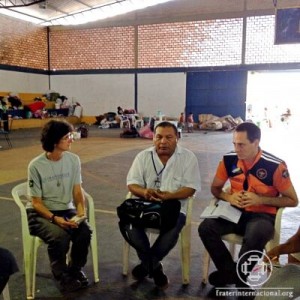 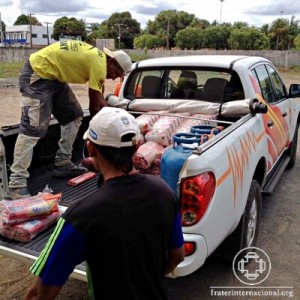 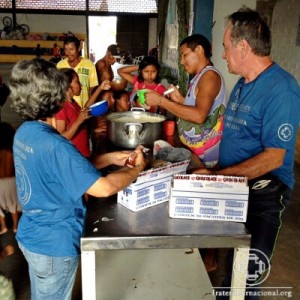 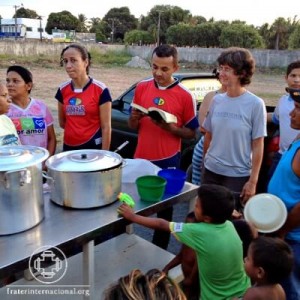