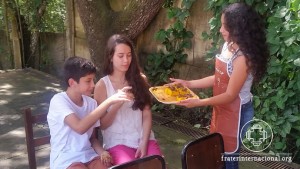 To celebrate Christmas and the New Year of 2017, the House of Light on the Hill, affiliated to the Fraternidade – International Humanitarian Federation – organized several meetings of confraternization. At its headquarters, in Carmo da Cachoeira, Minas Gerais, Brazil, on Sunday, December 18, at noon, the rural workers of the Community-of-Light of Figueira got together. In the afternoon, the Unit Art Education of the House of Light on the Hill gathered its students, parents and collaborators. On the 24th of December, the street-dwellers homeless people assisted by the House of Reception of Saint Joseph were hosted. 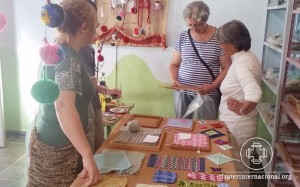 In the Art Education school, there took place a synthesis of the activities of the year. There was an exhibition of artisanship, embroidery, creation of mandalas, origamis and kirigamis. A snack was served. The central moment of the event was the Chaplet of the Divine Mercy, followed by a Choir chant, both conducted by the children.

“My daughter has been frequenting the school for two years. I am very glad, because I can see important changes in her behavior; she used to be a nervous and absent-minded creature, and now she has become more patient, prudent and refined”, commented Flaviane Madaloso, mother of Ana Vitoria, 11. 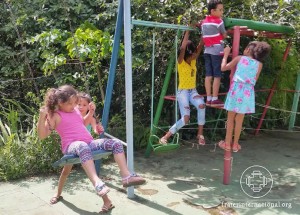 “My son has difficulties socializing and the experience is being very good. According to what he comments, he is very content with what he finds here”, said Antonia Evangelista, mother of Grabriel, 10, who has completed his first year in Art Education.

Maria Helena Paiva, the coordinator of the institution, explained that it offers school tutoring – Mathematics, English, Music, Manual Arts – with a methodology that fosters the knowledge of the potential that each one has within. “We seek to have the children not identified with their external expressions, their shortcomings and difficulties, but that they dedicate themselves to discovering their own souls, their inner flowers, their virtues, their positive characteristics. We want to show them that there is another path, guided by the soul, and different from that which they already know”, she expressed.

In the meanwhile, about 20 rural workers of the Community-of-Light of Figueira shared a lunch with their family members and those responsible for the spiritual community. The event had integration games and distribution of special gifts for the collaborators and their children. 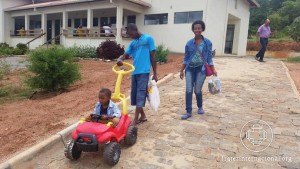 “I feel as if I were at home, quite at ease in the Community”, told with a lot of joy Antônio Dimas Gomes, a collaborator for 15 years in the sector of crops. Francisco Inácio de Moura, in charge of the animals that co-exist in the Park of the Kingdoms of the House of Light on the Hill, highlighted that the meeting permitted sharing, in a relaxed atmosphere, with many companions of tasks. 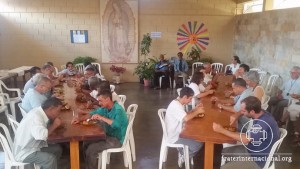 Nowadays, the House of Reception of Saint Joseph assists eight people “with different processes of recovery and of redemption”, informed Bento, the coordinator of the place. Of this group, five reside in the place and are assuming the tasks of harmonization, maintenance of the vegetable garden, improvements of the building, kitchen and cares for those who arrive for the meals and for personal hygiene. “The oldest has been with us for six months and the youngest arrived yesterday”, said the missionary. 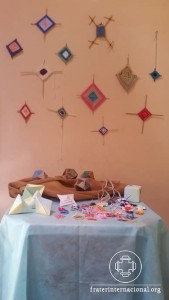 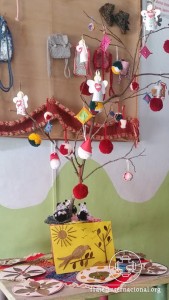 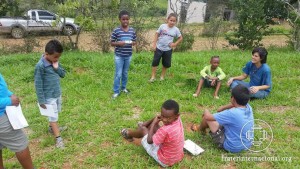 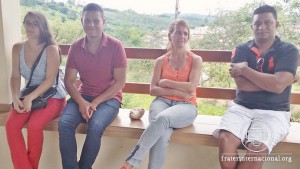 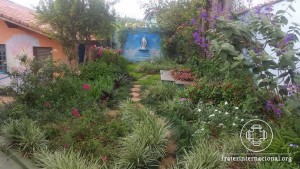 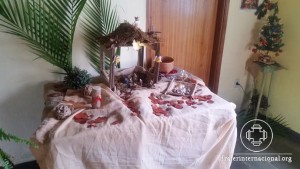