The Fraternidade – International Humanitarian Federation – invites all the people who feel in their hearts the wish to donate themselves for their neighbor to enroll and participate in the Third Meeting of the Planetary Mission Network. The meeting will take place on Tuesday and Wednesday, the 13th and the 14th of March, in the Community-of-Light of Figueira, in Carmo da Cachoeira, Minas Gerais, Brazil. 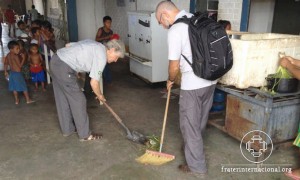 On this occasion, the participants will be informed about the missions of humanitarian help that the Fraternidade has been developing in different parts of the planet, at the request of the Divine Messengers.

“At the moment, our missions are in quite a different point. We are keeping two missions of permanent character: one in Greece, Europe; another in the state of Roraima, North of Brazil. At the same time, the Network-of-Light groups of Argentina, Brazil and Paraguay sustain three regional missions in South America and the beginning of a fourth mission in the South of Brazil is expected”, highlighted Ricardo Baumgartner, the coordinator of the sector of Emergencies and Humanitarian Help of the Fraternity, that includes the Missions.

In the meantime, the missionaries keep serving in the four houses of humanitarian help in the city of Carmo da Cachoeira, where the male missionaries are lodged, together with the volunteers during the missionary practices; the House Mary Rose of Peace, which likewise hosts the female beings; the House of Welcome of Saint Joseph, lodging for people without permanent home, or in recovery from drug- or alcohol-dependence; and the Hut of Saint Joseph, where donations are distributed. 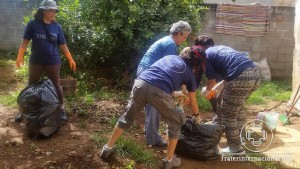 “The need for volunteers has been expanding a lot. We have possibilities of services for every condition, from those who want to conduct their first experiences and offer only a little time, to those who have participated in our Missionary Practices and even Humanitarian Missions somewhere on the planet. All these people are invited to participate in the Third Meeting so that we may remain informed about the progress of the missions”, said Ricardo.

Foundation of the Planetary Mission Network

The Planetary Mission Network was founded by the Fraternidade last April, to expand the opportunities of participation of volunteers and to respond to the growing demands for missions throughout the world.

Following the instructions passed by Saint Joseph to Sister Lucía de Jesús, a visionary nun of the Grace Mercy Order, in a message of February 16, 2016, the Network is formed by three levels of Missionaries: the Matrix group, the Secondary group and the Regional group. 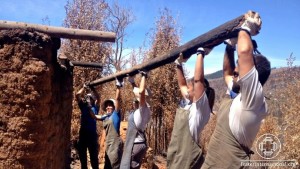 The first group is composed by those who, as Ricardo said, “are available 24/7 to comply with the requests of the Divine Messengers”. In the second group participate those who offer their time only for short missions, which do not require great specialization and which are fulfilled in places near the headquarters of the Fraternidade, such as the countries of South America. 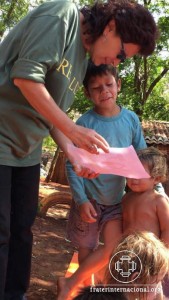 At last, in the Regional level are al those volunteers who can give only a weekend, or a few days, and can give continuity to the missions fulfilled in their region, thus sustaining the permanent regional missions. In general, they are part of some Network-of-Light group or are consecrated as Children of Mary.

Enrollments to participate in the Third Meeting of the Planetary Mission Network are needed and remain open.

Additional Information, from Monday to Friday, from 8 a.m. to 6 p.m. on the phone:

or on the e-mail: secretaria@fraterinternacional.org