The core missionary Imer represented the Fraternity – International Humanitarian Federation (FIHF) on the radio program Welcome Moment, presented by Acolhida (Welcome) Operation and carried by Rádio Folha FM, on October 22. The program addresses the administration of the indigenous shelters, using as an example the experience in the Janokoida Shelter, which is in Pacaraima, on the Brazilian border with Venezuela. 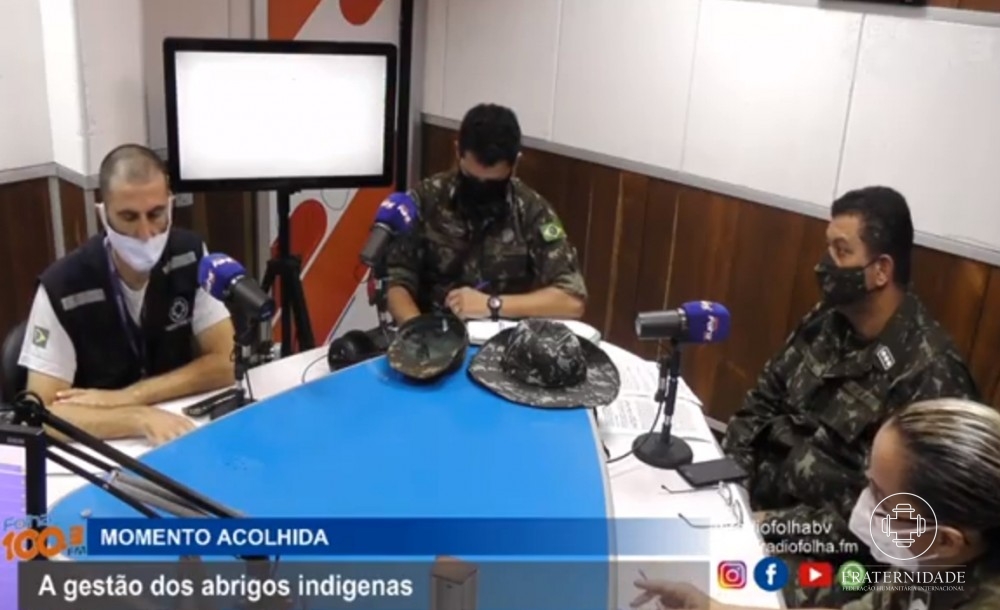 Among those invited to the program there was also the Warao chief, Teolinda, from the indigenous leadership, and the Army Lieutenant, Oziel. The program was created to clarify the doubts of the population on the first Humanitarian Mission of the federal government within Brazil.

Follow a summary of the questions addressed to the Fraternity (FIHF):

Natanael (presenter of the program) – The creation of these shelters comes as a result of the partnership between the players of Acolhida (Welcome) Operation. The Fraternity (FIHF), for example, manages the Janokoida Shelter together with the Humanitarian Logistics Task Force of the Ministry of Defense. Imer, in practice, what are the services offered in Janokoida?

Imer (Fraternity – FIHF) – The Fraternity (FIHF) is one of the founders of the Janokoida Shelter together with the UNHCR. Among the services offered are: health, sports, education, housing, food, protection, conflict management, referencing (referrals for documentation) and training activities, in partnership with other agencies.

Natanael (presenter of the program) – Respecting the culture, as we have already heard from the chief, is fundamental. And that involves not only the production of handicrafts, but also cooking and outdoor activities, among others.

Imer (Fraternity – FIHF) – When these people arrived, we understood that they had their own traditions and we sought to respect them as much as possible, because they face countless challenges on being in another country. We try to preserve their traditions and culture. With the food, for example, they receive prepared meals from Acolhida (Welcome) Operation, which provides lunchboxes, but they have space for preparing and cooking their own traditional food. They carry out their celebrations, practice their traditional medicine, and produce handicrafts typical of their people. We obtained a special license from the Secretary of the Environment so that the natives could  harvest the Buriti leaf sprouts, which is a very important tree in their culture, because from it they extract the fiber for the production of handicrafts. Handicrafts is a point for reconnecting with their own ancestral culture, thus the importance of investing in that harvest.

Natanael (presenter of the program) – The work of interiorization into other states won’t stop during the closing of the border and the Covid-19 pandemic. Each week, new groups are qualified and are ready to begin their new life in Brazil. As we are speaking about interiorization, it would be good to clarify for us that with the indigenous people the procedure is different. How does that work, Imer?

Imer (Fraternity – FIHF) – Exactly. Interiorization was created for the non-indigenous immigrants. Indigenous people cannot be interiorized, because this would change their distinctiveness and their cultural condition, which could be configured as ethnocide, because if they are dispersed, scattered to different places, they lose their family and blood connections, and gradually lose their characteristics. For this reason, the federal government has not yet carried out the interiorization of the Indigenous people in Brazil. They are protected by international treaties and need to have their rights and protection guaranteed.

Natanael (presenter of the program) – In the Janokoida Shelter, do those taken in also have the opportunity for learning Portuguese and even get computer classes?

Imer (Fraternity – FIHF) – Yes. We offer occasional Portuguese classes (it would be a third language and empowers them for the job market). We have started some partnerships that will bring great impulses for work. We will set up a space with computers donated by Fiesp (Federation of Industries of the State of São Paulo) and Senai (National Service for Industrial Training), where training and online courses will take place. We also implemented a partnership with the Virtual University of Roraima, UNIVIRR, that will offer various courses with certification.

The restructuring of life in the shelters through rescuing the dignity and social inclusion are commitments of the Fraternity (FIHF) for the refugees.

Listen to the full interview: 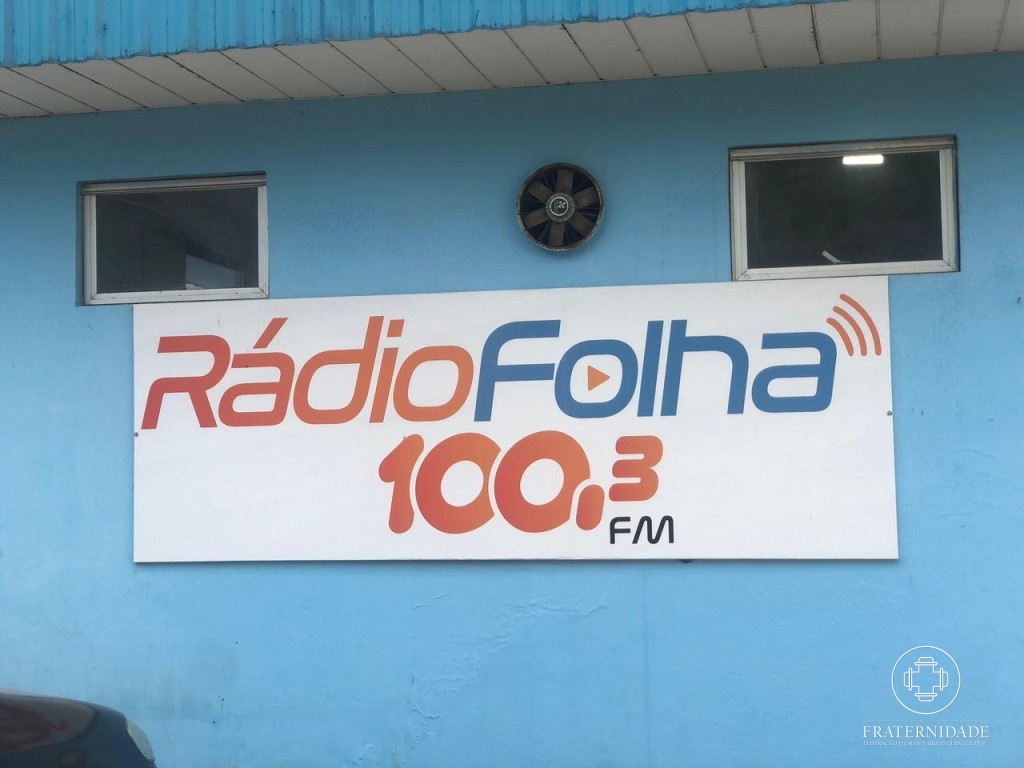