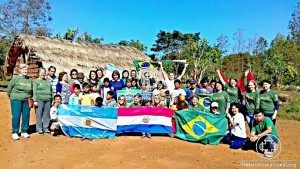 From July 7 thru 9, the Network-of-Light of Paraguay participated in the fourth mission with the seven Indigenous communities in the region of Ciudad del Leste, in the triple border with Brazil and Argentina.

A request of Mary
The Humanitarian Mission in Paraguay was a request of Mary in an Apparition in 2016. In the same year, between June and July, the first mission took place, with the missionaries of the Fraternidade – International Humanitarian Federation. From that time on, the local groups of the Network-of-Light, along with members of the Planetary Mission Network, assumed the work and have been conducting new actions every two or three months in the communities, which are considered as undergoing extreme poverty. 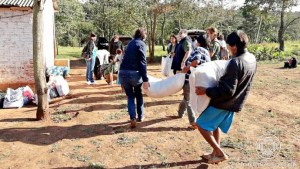 The donations sometimes do not supply the needs of the seven communities, and in some occasions only two were assisted. In them, people face famine, as they live on trash recycling and do not count on help from the government. In order to receive donation for the mission, the group sells used articles and organizes itself by sending photos and videos, asking for help. “The communities are increasingly trusting and with the same readiness and enthusiasm with which they received us for the first time. We rejoice in seeing their joy, especially when we eat together”, said Faustina, the coordinator of the Network-of-Light of Paraguay and of the missions. 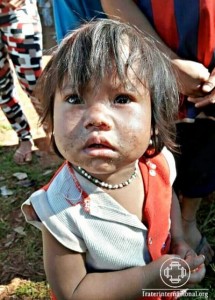 Twenty-five families are assisted in each community and the missionaries tell that everything is done with a lot of joy, especially on the part of the children. Palmira Bilibio participated in the Paraguay Mission for the first time: “It was really an integration, everything was harmonious, each one in their function, with a lot of dedication and surrender. We are sister souls”. 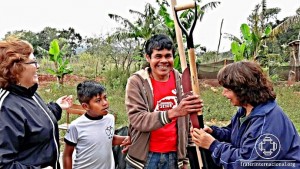 “In each mission, we spend the day with the community and we feel their expectation during the distribution of clothes and of food. We cook and eat with them, we wash, cut and remove lice from their hair. We paint, sing, play with the children, and the professional dentists assisted and taught correct tooth-brushing”, explained Faustina.

Besides members of the Network-of-Light of Paraguay, also volunteers and friends of members of the group participated. In this fourth mission, the group noticed that the welcome and receptivity of the communities are different. “A bond of trust has been formed and they are more open and less timid. And the farewell is always with the question in their look: ‘When will you be back?’”, completed Faustina. 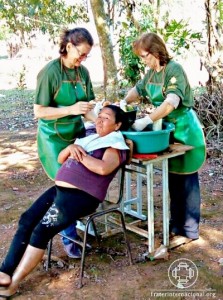 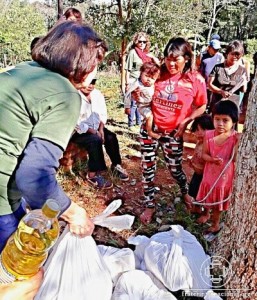 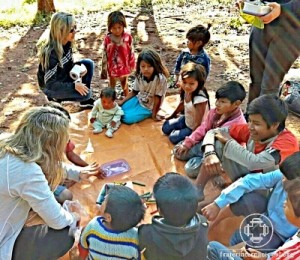 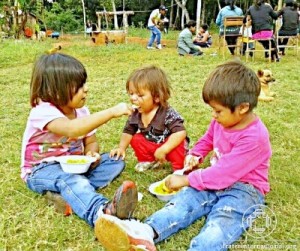