Celebrated on October 2, the International Day of Non-Violence is on the birth date of Mahatma Gandhi, known for employing non-violent resistance to lead the successful campaign for the independence of India.

It is important that the date be remembered and commemorated, because in the concept of the UN, in turbulent times such as the present ones, violence takes on various forms: the destructive impact of climate change, the lack of dignity brought about by poverty, the general injustices, the non-compliance with basic laws, the violations of human rights, the brutality of hate speeches. 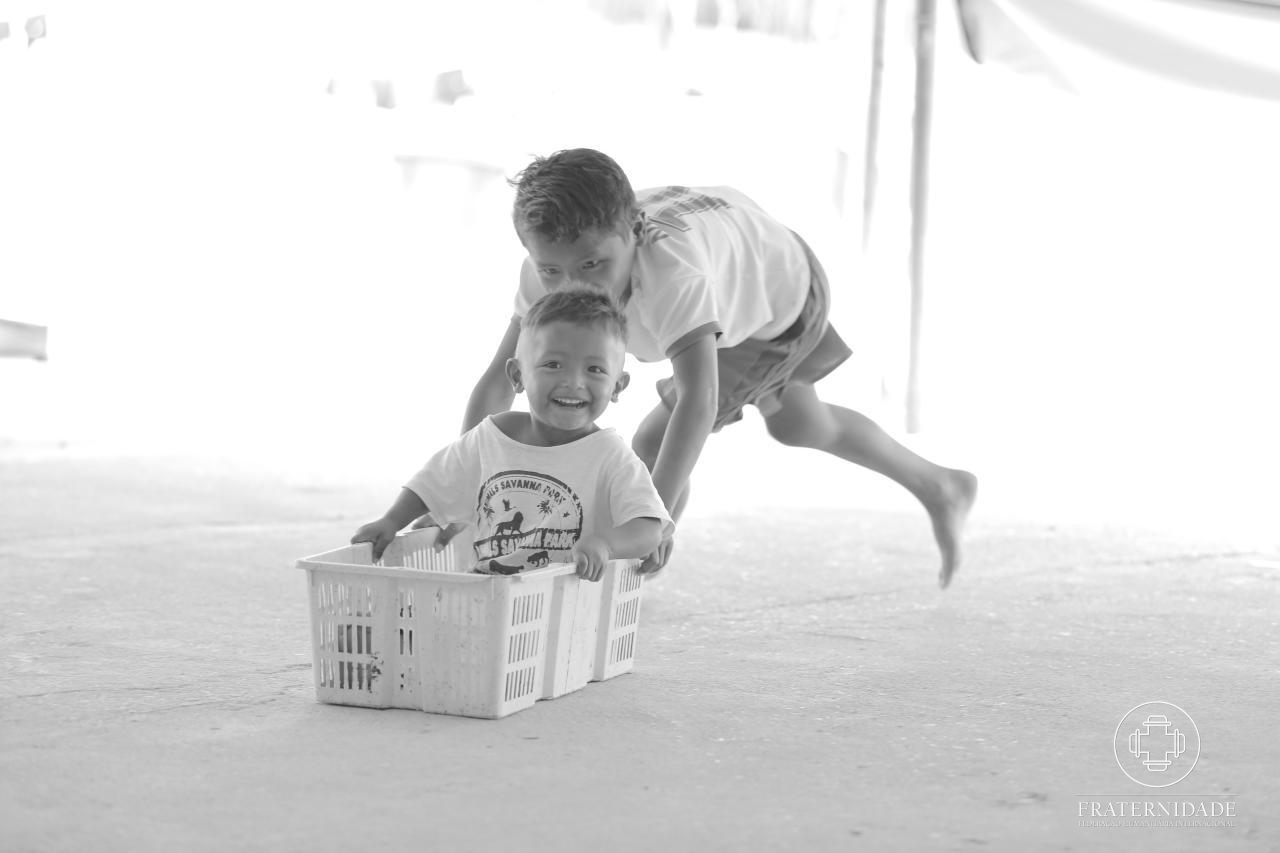 In human relations, in turn, violence is present in the aggressiveness contained in looks, in intolerance, in disrespect, in subjugation, in the imposition of ideas, in manipulation, many times coming to psychological, verbal and physical abuse.

More and more common in these days, in the social networks and also outside of them, there is a rhetoric of hate directed at minorities and those most vulnerable. In this case, refugees and immigrants are victims of violence, intolerance and disrespect.

Peace built through a fraternal dialogue

No matter what form it takes, violence signals a degeneration of the social environment and of the human being itself. Many work for the implantation of peace, because they understand that the development of the human species and of the planet can only be supported through fraternity.

And it is precisely for the establishment of a world of peace that the activities of the Fraternity – International Humanitarian Federation (FIHF) take place in its innumerable initiatives around the world, and most especially, in its humanitarian missions.

In the search for establishing a coexistence of peace in environments such as the shelters, the Fraternity (FIHF) makes use of one of the simplest tools for encouraging non-violence: a frank dialogue, open and respectful, in which all points of view are welcomed.

In the Roraima Mission, for example, together with partner agencies, the Fraternity (FIHF) collaborates with the social organization committees and councils, constituted from the populations themselves of the Warao and E’ñepa, according to what Marcos Eduardo, a collaborator in the Pintolândia Shelter, explains.

“The Fraternity (FIHF) and partner agencies carry out activities that guarantee the representation of the Warao and E’ñepa peoples, with the goal of guaranteeing lasting solutions in social relations, whether these are inner relations in the shelter, or external with general society.”

Diverse projects, which include the participation of the whole community, are developed with the understanding of bringing a new perspective of life to the beneficiaries of the shelter. “Such projects try to integrate the beneficiaries in an intercultural social context, always from the perspective of guaranteeing respect, recognition and the valuing of their culture,” adds Marcos.

And he continues, “the committees and councils have a fundamental role in the management and solution of social conflicts, in which, based on a problem, we try to interpret the different aspects of the conflict, bringing solutions that guarantee the social welfare of the community.”

He also makes it clear that there is respect for the autonomy of the groups, and therefore, they do not influence the meetings; “we remain neutral in the social and cultural discussions, only providing support when necessary.”

Sphere Handbook – Important tool for the recovery of human dignity

At the beginning of this year, the Fraternity (FIHF) acquired the right to translate the Sphere Handbook into Portuguese, an action that constitutes an important collaboration for all Portuguese language countries. 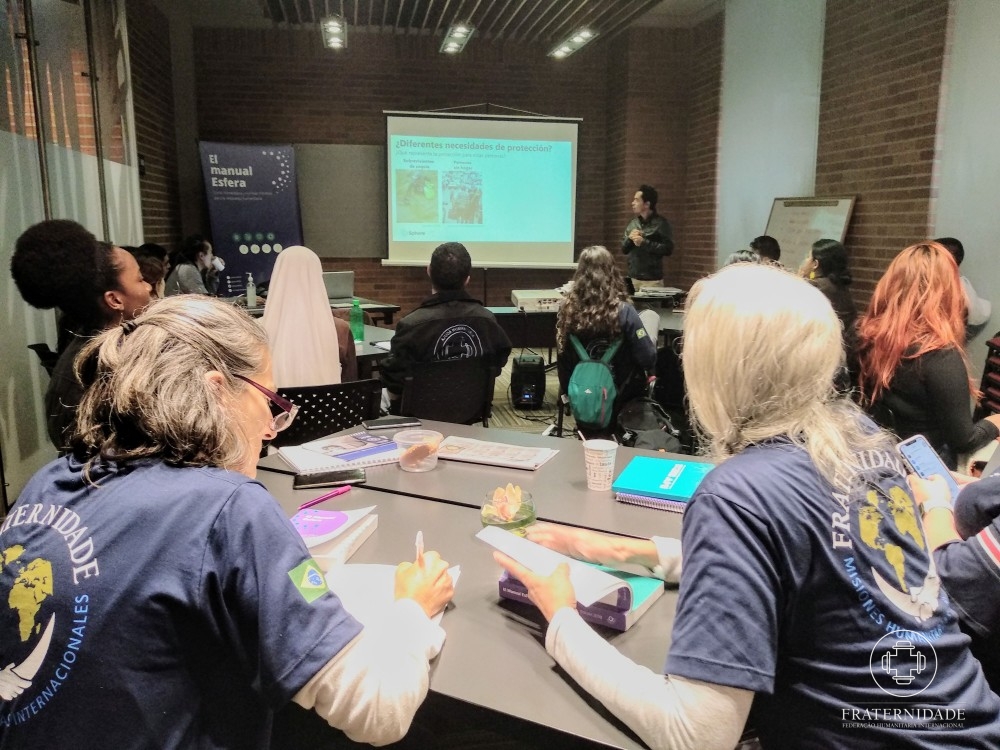 The Sphere Handbook, created in 1997 by a group of non-governmental organizations and the Red Cross and Red Crescent Movement, has been adopted by countless governments, and also by the private sector, as it is recognized as a quality reference source in humanitarian responses and in accountability for organizations. As one of the fundamental bases for a humanitarian action, the Handbook specifies initiatives related to impartiality, to non-discrimination, to dignity, containing fundamental principles for establishing the best way to deal with human lives subjected to so many misfortunes and vulnerabilities.

In the first half of this year, the Fraternity (FIHF) promoted the training of its members and collaborators with the content of the Sphere Handbook, bringing a greater foundation to everyone, with international principles and methods of application, in the field of the performance of the groups involved in humanitarian causes.

According to Marcos, “currently, the health and education councils [in the Roraima Mission] are going through qualification seminars to better execute their work.” The path of the heart

In this current time, it is very important that the humanitarian response be assertive, remembering that there is a responsibility that is taken on regarding the fulfilling of the Sustainable Development Goals, presented by the UN, which can be seen as a path toward peace, in favor of world prosperity, for an entirely healthy planet and a fraternal humanity, harmoniously living in peace.

Therefore, the heart must be included, for true development and for the much-needed human evolution, on this path of peace. The heart must be included, as is so well summarized in the sentence from the book, Palavras ao Coração, written by the general manager of the Fraternity (FIHF), Friar Luciano: “the peace that bears fruit through faith is established in the expansion of the Presence, which is anchored in the heart.”