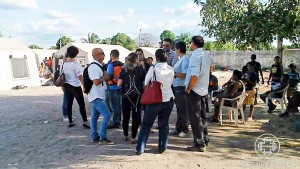 Visit of UNHCR in the CRI

Representatives of the United Nations High Commissioner for Refugees (UNHCR) visited the CRI – Center of Reference for the Immigrant. A meeting with the Indigenous leaders was held to touch on the organization of documents of immigrants.

A team of the Health Ministry of Brasilia, Federal District, gathered with missionaries of the Fraternidade – International Humanitarian Federation – and a doctor of the Network-of-Light of Roraima, representatives of the UNHCR, and of city and state government entities connected to health. Information was gathered on the needs of assistance to health of the Venezuelan immigrants. The team of the Health Ministry will elaborate a flux of assistance for the immigrants who are in the shelters of Boa Vista and Pacaraima. 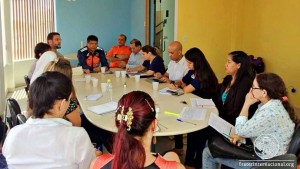 Meeting with team of the Health Ministry

During the meeting also some needs were detected, such as the fixing of screens on the Windows and repair of the floor of the kitchen of the CRI, the installation of water closets, and the organization of qualification courses on hygiene and health for the Indigenous leaders.

Material was delivered for the making of artisanship, listed the items that are lacking in the stock of the shelter and organized the container where the material is. 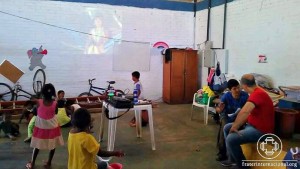 A donation of toasts and bread was received.

Volleyball matches were conducted in the shelter.

Children watch the video exhibit promoted by a volunteer, participate in games and have classes at school in the shelter.

At the beginning of the afternoon, a youth with psychological problems and showing altered behavior was attended by the team of the shelter. At night, he was referred to the General Hospital of Boa Vista, where he was interned. 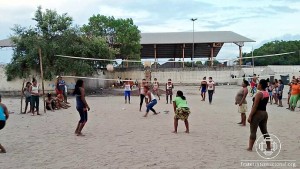 Visits to the families that are sheltered in the CRI.

Production of reports for the organization of pieces that will be exhibited at the Artisanship Fair.

At the end of the afternoon, missionaries took to the General Hospital of Boa Vista the mother of the youth with psychological problems, who remains hospitalized.

Medical attendance conducted and detected the appearance of cases of conjunctivitis. 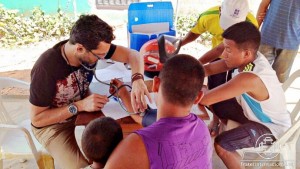 An immigrant in need of medical assistance was referred to the Policlinic.

Methodist Church took a group of children and adults accompanying them for Works and games outside the shelter.

Missionaries conducted the exchange of the accompanying person of the youth hospitalized with psychological problems.

Transportation to the CRI of several families of Warao Indigenous immigrants who had been to the Federal Police with a representative of the UNHCR, to deal with the making of personal documents.

A team of the Special Secretary of Indigenous Health (Sesai) conducted health attendance in the shelter. 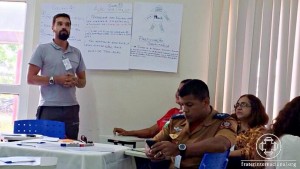 Missionaries of the Fraternidade participated in the first day of training for management of temporary shelters, promoted by the International Organization of Migration (IOM).

Children watched the exhibit of educational videos about personal hygiene, promoted by a voluntary teacher. 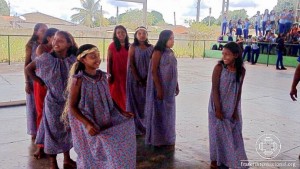 Visits to the families of the Panare ethnic group that are in the shelter, when the issue of documents was touched upon.

Appearance of people showing fever and pain in the body.

Group of artisan women and Indigenous women made a presentation of dance and artisanship in a state school in Boa Vista.

Accompaniment of Indigenous people at the Policlinic, to fetch exams results and to consult the doctor. An Indigenous child, accompanied by her mother, was transferred to the Children’s Hospital, suspected of pneumonia.

A feminine team of volleyball, composed by adolescents of the shelter, participated in matches in a state school of Roraima that has promoted the interaction with immigrants.

A volunteer conducted classes of canticles.

In the late afternoon, the missionaries made the administration of medicines for six HIV seropositive Immigrants of the shelter, two with psychological problems and a baby with swelling in the ear. 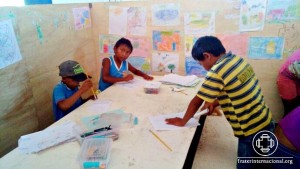 Activity of drawing and collage at the shelter school with the children. The tables of the school were covered and decorated with the drawings of the students. 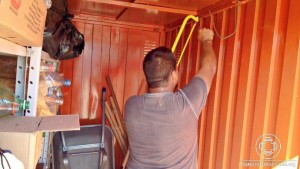 Missionaries, with the help of a fireperson of the Civil Defense of Roraima, organized the transportation of three Warao Indigenous people to the Anauá Park to participate in the Artisanship Fair.

A Venezuelan volunteer who had been in Pacaraima arrived in Boa Vista to give support to the activities of the Roraima Mission. The collaborator helped the organization of the container that is used as a storage of tools and utensils of the vegetable garden of the shelter.

A missionary of the Fraternidade conducted a mini-group service with the children to collect earth for the vegetable garden. 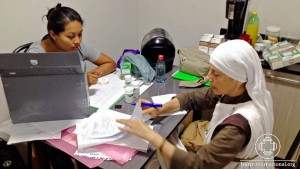 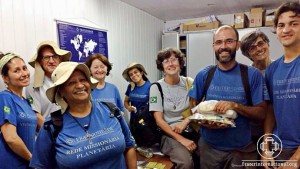 Meeting of the teams of missionaries 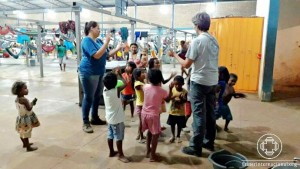 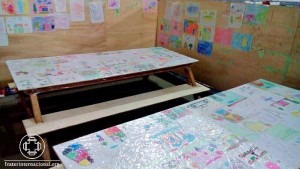 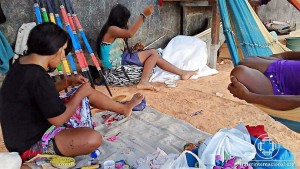 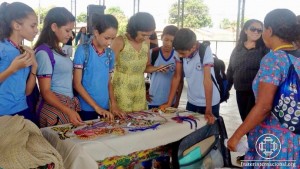 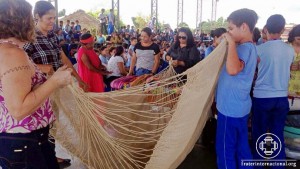 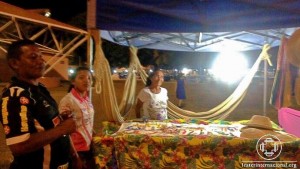 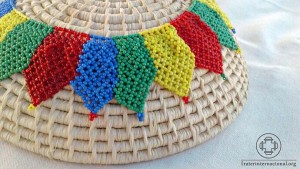 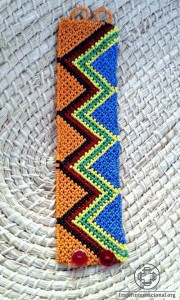