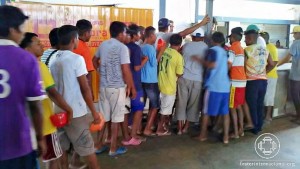 Everything settled with the group of artisanship for the preparations for the fraternization of the New Year.

Immigrants complained of the small amount of food provided in the shelter. At lunch the queues for the meal were immense.

Those assisted in the shelter have also requested cleaning material and diapers for the babies.

A missionary of Fraternidade – International Humanitarian Federation, and an anthropologist of the Roraima Labor and Social Welfare Secretary (Setrabes) accompanied a Venezuelan Indigenous immigrant to the Federal Public Defense to deal about the protective measure against her husband, who battered her in the past. The immigrant explained in her report that her husband does not batter her any longer and the protective measure was cancelled. The criminal process continues at Court. 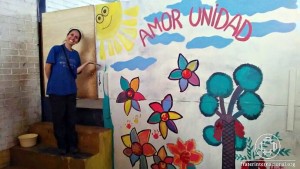 Painting of wall of school of the shelter

A team of the Roraima State Public Defense went to the shelter to learn about the needs of the place. The group offered to support the issues of documents of the refugees.

The Venezuelan Immigrant who had been discharged from hospital showed psychological disturbances again in the shelter.

A missionary of Fraternidade, accompanied by a nurse, went to the Psychosocial Atention Center III (Caps III), and in the General Coordination of Pharmaceutical Assistence (Cgaf). They took the documents for the request of medicine for the immigrant, who urgently needs the medicine. A volunteer made the donation of the necessary amount for the purchase until the product begins to be provided the State of Roraima. 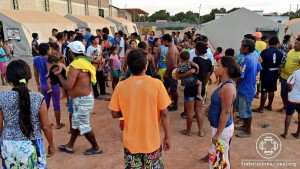 Moment of the conflict

A religious of the Sisters of Charity went to the CRI accompanied by an artisan who is part of the Project Logo Educação in the Community of Saint Paul. The project aims at the production of souvenirs, made with recyclable material, for holidays. The proposal is to create a cooperative and begin the activity after carnival.

During a soccer match in the CRI, two Indigenous immigrants (an adolescent and an adult) began a fight. As the adolescent had a knife, and made threats, those involved were taken to the police station to have a police report made. 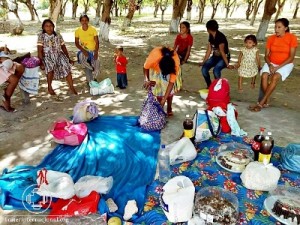 In the morning, the missionaries of Fraternidade and members of the monastery participated in a promenade of fraternization with the artisans of the shelter in the Anauá Park. The group danced, sang and shared a snack.

Missionaries and the social assistant of Setrabes accompanied a pregnant immigrant to a consultation at the Reference Center of Women’s Health.

Dermatologist doctor of the Network-of-Light attended ten people in the CRI.

Volunteers of the House of the Children painted the external part of the school of the shelter.

A representative of the Indigenous National Foundation (Funai), accompanied by a couple (Cuban husband and Indigenous wife of the Camaracoto ethnic group), with two children, requested the Setrabes the permanence of the Family in the CRI. The Setrabes authorized their permanence in the shelter.

Going to the police station to register battering

Medicine administration in the CRI.

Chosen four works of each artisan woman for the exhibit at the Artisanship Fair of the Anaua Park.

Donation of mangoes was received, and then distributed in the shelter.

4 to 5 year-old children were found playing with knives.

Two drunk Indigenous immigrants were taken outside the shelter until they would be back to their normal state. One of them challenged the rules and jumped the wall back to the CRI. It was necessary to call the police to deter the immigrant, who hit a representative of Fraternidade. A police report was made at the police station. 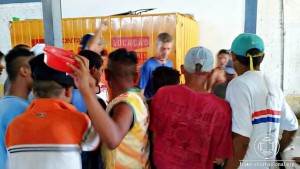 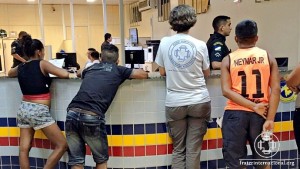 Registering Police Report of the fighting between immigrants 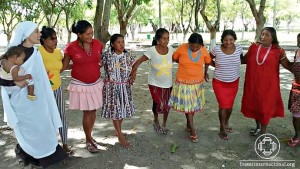 Dance during fraternization at Anauá Park 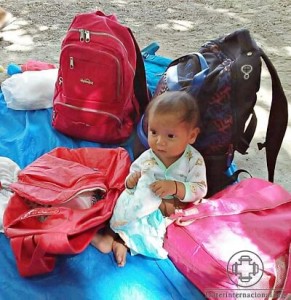