In the morning, the missionaries organized meetings of reconciliation among members of different origins that are in the CRI – Center of Reference to the Immigrant, in the city of Boa Vista.

“We presented the theme of pacification and of co-existence. The cases were gradually solved throughout the morning”, said Clara, a missionary of the Fraternidade – International Humanitarian Federation.

An elderly Indigenous woman who has malaria and anemia showed aggravation in her state of health and was referred to a medical center and then to a hospital.

Meeting in the Fire Brigade Headquarters in Boa Vista with the integrated cabinet about immigration, with the presence of several authorities, such as civil, military and federal police and representatives of the Public Ministry. The theme was the organization of the trip of the refugees who want to return to Venezuela, which will take place tomorrow.

“The refugees who are leaving told us that they already wanted to go to Venezuela, as they had managed what they wanted here, which was to make some Money. They are leaving with an open heart and very grateful to us for what they are receiving in these days”, explained Clara.

Also exposed in the meeting was the health situation of the refugees.

Group lunch, meeting with Indigenous Chiefs and refugees who are going to stay in the Cri and with the kitchen team.

“We had a very peaceful moment when we could talk with everyone, seal this friendship of ours and the commitment of remaining in peace”, concluded Clara. 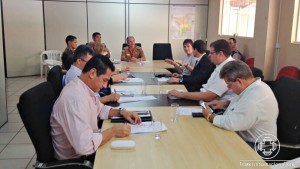 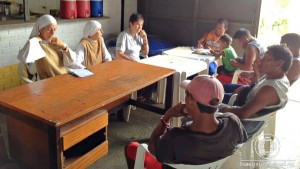 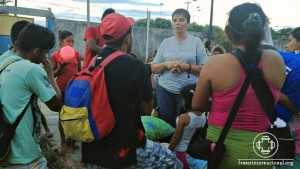 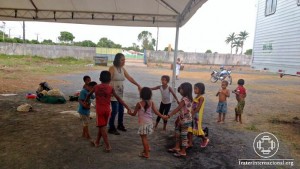