In the morning, the cleansing of the internal part of the gymnasium of the CRI – Center of Reference to the Immigrant.

Volunteer group service of cleaning, with removal of all the trash, in the whole external area of the CRI.

Awareness-raising activity of paper and plastic recycling with the children.

Still in the morning dental services were conducted for children and adults and appointments made for the cases that cannot be treated in the CRI.

An altar with the elements of the Warao Indigenous culture was erected for the celebration of a mass in the CRI. Many palms of Buriti, Coconut, branches and leaves were gathered and used.

“Everyone was touched by this energy of joy and they always highlighted that it was a homage to the Virgin of Coromoto”, said Clara, a missionary of the Fraternidade – International Humanitarian Federation.

Raising of donations of food at the supermarkets of the city of Boa Vista.

Donation of food made by FUNAI – National Foundation of the Indigenous People, which must last for one month.

Visit of an ex-internee of the Farm of Hope, who made a report of her story for the refugees about her struggle of more than 15 years against alcohol and drugs. Those interested were invited to participate in a group of treatment.

“We noticed a great interest of the Chiefs about the alcohol issue and of the young women who have problems with drugs. They listened to the story with attention and then asked for help”, said Clara.

Two non-Indigenous Venezuelan brothers who obtained Jobs in the city were robbed and lost all their documents. A missionary and a member of the Fire Brigade took the brothers to make a police report.

In the afternoon, a Franciscan Friar conducted a mass in the gymnasium of the CRI, with Warao and Portuguese canticles. Present in the mass were the Commander of the Fire Brigade, Colonel Amaral, the representative of the City Civil Defense, the Pastoral of the Children and people of the society. 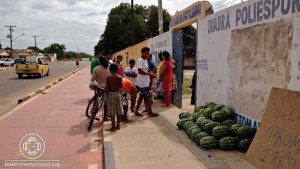 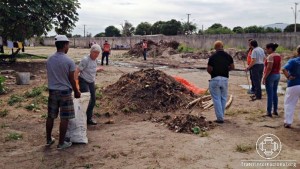 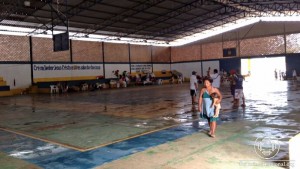 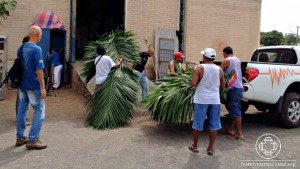 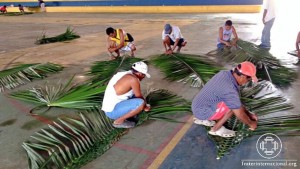 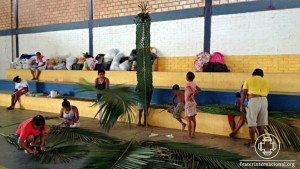 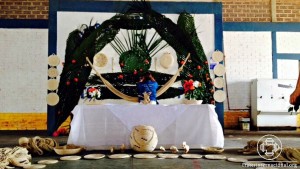 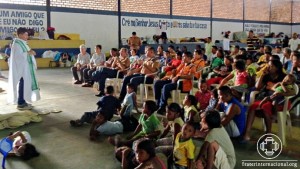 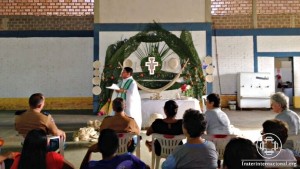