Upon arriving in the CRI – Center of Reference to the Immigrant, the missionaries find refugees cleaning the place. “To us, this was a great and pleasant surprise, to see them already incorporating these codes of order and cleanliness we have been talking to them about since the beginning”, said Clara, a missionary of the Fraternidade – International Humanitarian Federation.

Indigenous people with chickenpox received cares from the missionaries.

The work in the kitchen was done by the Indigenous Chiefs, as the team that is responsible was not present. Group service was done for the harmonization of the kitchen, with the selection of tomatoes and cleaning of the place.

Children did activities in nature (games, plays, snack) in the square near the CRI, participated in an activity of oral hygiene and also had Warao, Portuguese, Spanish and Mathematics classes.

“The children are very happy with the Mathematics classes, learning to count, and the association with numbers”, commented Clara.

Arrival of 30 new refugees in the CRI, including 22 Warao Indigenous people. The register of the families was done, and given personal hygiene kits, clothes, mosquito nets and vitamins for the children. “They arrived in a very difficult situation, very dirty and the children with a very high level of malnutrition. They said they used to live in a region of rivers and mountains of Venezuela, but they were threatened and had to leave in a hurry from the place where they lived”, explained Clara.

Two-year old child that appear to have malnutrition had its situation evaluated.

Non-Indigenous Venezuelan Family was received, with two children, with the youngest daughter having mental deficiency.

The “Fazenda Esperança” (Hope Farm), institution linked to the Catholic Church, did the donation of 205 packed dinners.

Arrival of two kittens in the CRI. 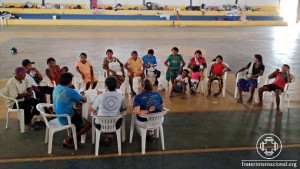 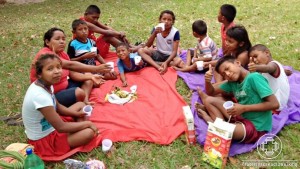 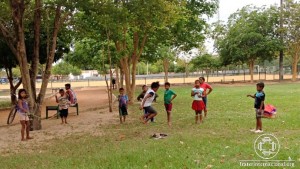 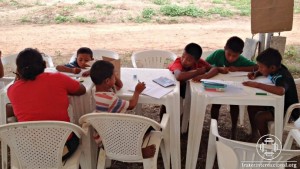 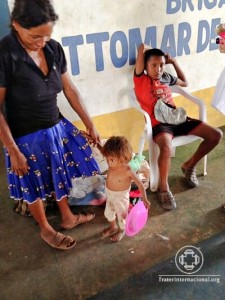 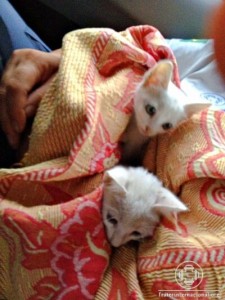