In the morning, information was passed about the work (what is taking place, the proceedings of the activities, the procedures for the upcoming days) for the new group of missionaries of the Fraternidade – International Humanitarian Federation, which has arrived at the City of Boa Vista.

Visit of members of the NGO Human Rights Watch, who interviewed and filmed the refugees to learn about their situation.

Working teams were formed among the refugees of the CRI – Center of Reference to the Immigrant, for the work in the kitchen, cleaning of the toilets and of the internal and external areas. Trash that was close to the entrance gate of the CRI was removed.

A work of rescue of the star fruits that had been thrown away was done. “We worked the awareness of the Indigenous  people. We prepared the fruits with a thorough care and then we offered to them”, said Cláudia, a missionary of the Fraternidade – International Humanitarian Federation.

Activity of painting of panels with the children, where values such as Peace, Love and Joy were worked out. The panel was placed in the kitchen so that all might see them. The teenagers also worked with art.

Promenade with the children in the square near the CRI. They participated in a snack and in playful activities.

Work of raising of donations was done in the city of Boa Vista.

Arrival of four other Venezuelan women to the CRI.

Visit of members of the Adventist Church, who offered a snack in the CRI in the afternoon.

The Universal Church offered a soup, and a group of volunteers offered packed dinners in the CRI.

At night, the refugees paid a farewell homage to the group of missionaries that is leaving the city. The Indigenous women sang, a a painting was offered as a gift.

“I would like to thank your work immensely, and wish you very good luck. The work that has been done so far has really impressed us for the dedication, commitment and organization. The mark of the Fraternidade has been stamped, if not for you we wouldn’t have had as much success in our work”, said Colonel Amaral, of the Civil Defense of Roraima. 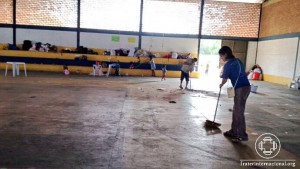 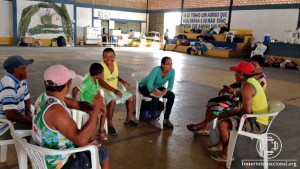 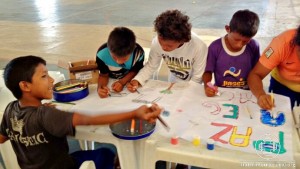 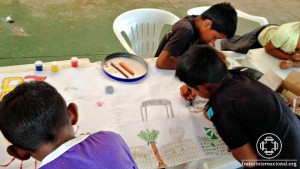 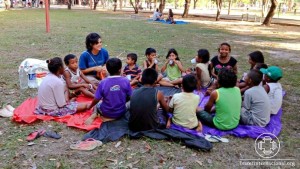 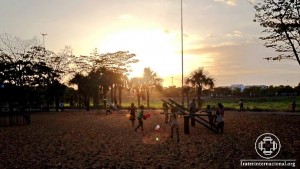 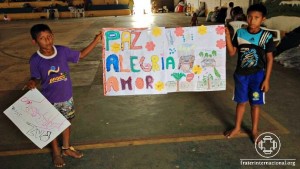 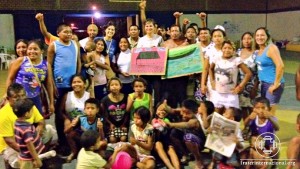