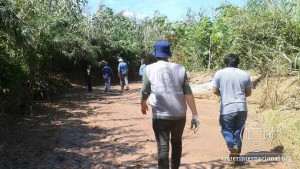 The activities of the Confraternity Mission in the Fwolit Indigenous community of Tartagal continued. Three fronts of work were formed. One took on the task of obtaining the materials necessary for the building of a contention wall against the waters. Another group made a recognition of the streets around the area, to see what to do with the paths the water follows to invade the houses. A third group remained in the village interacting with the children.

The City Hall of Tartagal sent a technician to study solutions to the problem of the floods in the Indigenous communities. He covered the streets with missionaries and natives. One of the options studied is to expand the main channel that crosses several villages to avoid new overflowing. 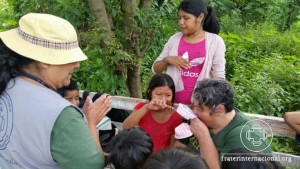 In the Fwolit community, the missionary women conducted the cleaning of the place with the children, as well as recreational activities and practice of oral hygiene. The children manifested a lot of interest and progress. “They were very attentive to the explanations and demonstrations of the tooth brushing that we did on a model of denture, then each one practiced with the model and with themselves, and all learned to brush their teeth correctly. This brought me great joy, commented the dentist Stella Maris Colque, a member of the missionary group. All the children received toothbrushes and toothpaste.

All those who feel like collaborating with the Confraternity Mission, can obtain additional information here. 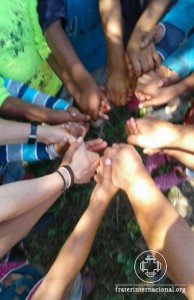 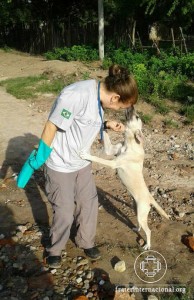 Union of Kingdoms of Nature