“It is not how much we give, but how much love we put in the giving” – Mother Teresa of Calcutta. 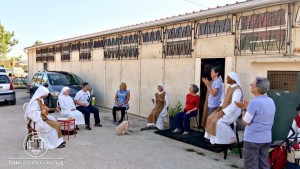 The Community-of-Light of Fleur-de-Lys, together with the Monastery of Grace and the Monastery of Christ, the Redeemer, of the Grace Mercy Order, participated in the inauguration of a new space of the Centro de Bens Doados (Center of Donated Goods) in Portugal.

The Center of Donated Goods is a Private Institution of Social Solidarity that aims at supporting families or individuals that are in a situation of economic and social need. It has a headquarter in the region of Outeiro da Cabeça and a storage place in Torres Vedras, both in Portugal.

This institution has the motto “Recover, Recycle, Share” and bases on the principles of solidarity and of voluntary work. 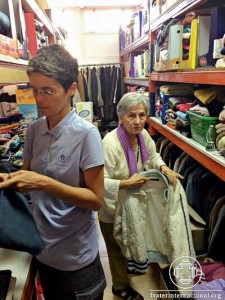 The coordinator of the Center, also of a group of Network-of-Light in Portugal, Fernando Castro, told the Portal that the idea of the Center of Donated Goods arose during a stay in the Community-of-Light of Figueira in 2007. At a moment of retreat in his room, he heard an inner voice: “receive from those who have and give to those who don’t”. The sentence was a synthesis of the task he came to endeavor when he returned to Portugal. In addition, he comments that a lecture during the time he was in the Community served as confirmation for the project in mind.

The Community-of-Light of Fleur-de-Lys and the Monasteries helped the selection and the organization of clothes for donation, separating the material by size and gender. They also supported the reception of the public and the distribution of the goods. 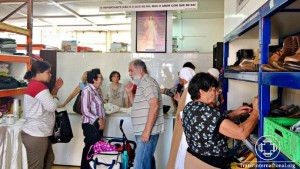 “The true donor knows that everything belongs to the Only Life and they are the mere intermediate for something to be transferred from one place to another,  from one being to another”, tells us the entry “Donation”, in the book Glossário Esotérico (Esoteric Lexicon), by Trigueirinho.

The Center of Donated Goods serves as a bridge between who wants to give and who will receive, a link between both parts.

The intention of the Community and of the Monasteries is to maintain a bimonthly rhythm, serving through the donation made with the heart, the communication that, in the words of Fernando himself, becomes a “communication between souls”. 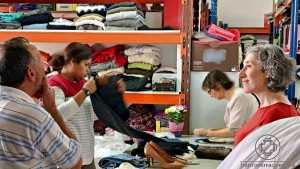 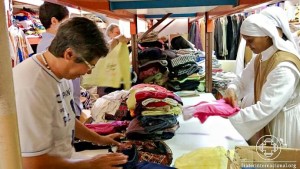