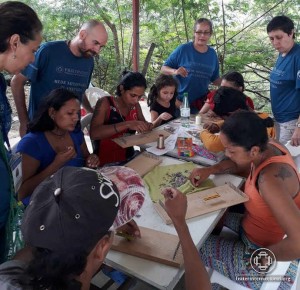 The missionaries of Humanitarian Colombia Mission are imparting workshops of artisanship for the Venezuelan migrants and for the Colombians displaced by the guerrilla. The activity is being conducted in the Scalabrinian Pilot Center of the neighborhood of Camilo Daza, in the city of Cucuta, in the Colombian border with Venezuela.

The proposal began to take form at the beginning of November and little by little attracted people interested. It began with two groups of six people, who came twice a week. Now they are already about 40 people, who receive training in techniques of imitation jewelry or the weaving technique called chaquira loom, depending on their interest. Classes take place every day, from 8 a.m. to 11 a.m.

“When we arrived in Cucuta, we began to accompany the Venezuelan and Colombian children who are outside the school system, who receive an alternate support in the Scalabrinian Pilot Center. One of the activities we undertook with them were crafts. We soon saw that this could be extended to their parents, already as an option for a little income, and thus we began the artisanship workshops”, explained Imer, one of the members of the Humanitarian Colombia Mission.

Besides parents, other components of dismembered families also participate, such as brothers, sisters, cousins, uncles, aunts, and other adults affected by the humanitarian crisis established in Venezuela or by the armed conflicts in the North of Colombia. 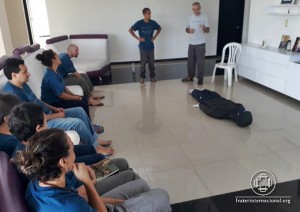 Besides helping the migrants, the missionaries also busy themselves with their own formation, with the aim of improving the quality of humanitarian service they render in the different places where they have to help.

So, throughout the month of November, two doctors, members of the Humanitarian Colombia Mission shared knowledge of First-Aids. The content was organized in four three-hour modules. It included topics such as protocol, cares and procedures for attention to victims of accidents, clinical situations with loss of consciousness, heart attack and respiratory failure, techniques of cardiopulmonary resuscitation.

The group is also updating in strategies of approach to traumatic situations, of a psychological and emotional nature, contact with migrants, handling of groups of people and protocols of action in spaces where other humanitarian help organizations are already operating.

Physical training, with several exercises and walks of 15 to 30 km, and the learning of survival techniques are also part of this missionary academy.

How to help the Venezuelan migrants

Humanitarian Colombia Mission is an undertaking of Fraternidade – International Humantarian Federation (FIHF). It began last October 11, with the intention of becoming a permanent space of help to the Venezuelans that are abandoning their homes, seeking to escape the difficult situation that the Caribbean country undergoes. In this aspect, the mission is like Humanitarian Roraima Mission, established in the North of Brazil.

You can also join this campaign of love. Your support is fundamental. Participate.

You can also obtain additional information at: 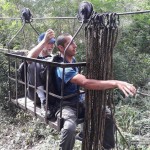 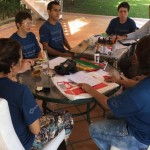 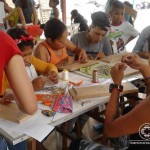 A workshop on chaquira loom