This past December 5th to 7th, a team of 14 Missionaries of the Fraternidade – International Humanitarian Federation (FIHF) gave continuity to the Brumadinho Mission, where the psychological aid to the families of victims continued, besides the support to biologists, veterinarians and all those involved in helping the animals rescued from the disaster. 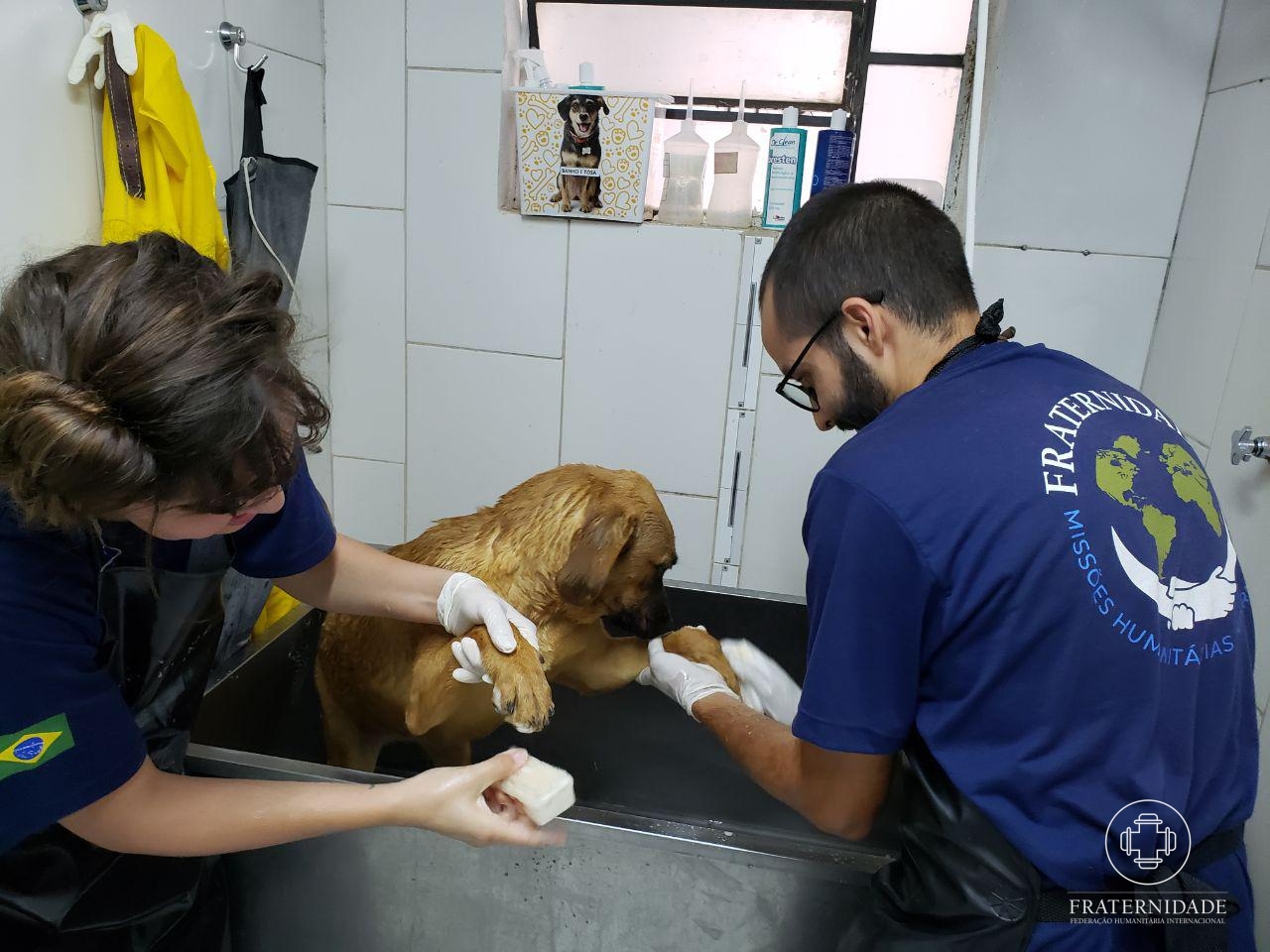 Besides this work, they went to a school in Tejuco, a district of Brumadinho, to interview the dean to understand the needs resulting from the traumas caused to the children, to analyze the possibilities of a project to offer help for them.

When the breaking of the tails dam happened, in January 2019, a group of 13 missionaries went to the city and stayed for one month to be of service to the families and the local fauna. Since then, the Missionaries organize the project in their headquarters, in the city of Carmo da Cachoeira, state of Minas Gerais, Brazil, and then head to the region, to continue the work.

Mariandja, Missionary and coordinator of Brumadinho Mission, reports that one family they have already helped, had received the week before the announcement that the body of a family member had been found at last.

Countless dramas continue with this tragedy. The rebuilding of life is an immense challenge that families have been dealing with as a consequence of living so close to the mud, which still remains.

“The Fraternidade – Federation International, has a commitment concerning this pain of Brumadinho: to keep rendering service to all the Kingdoms of Nature that are there, deeply shaken”, says Mariandja, on behalf of the Mission.

Learn more about Brumadinho Mission. Your help is very importante, learn how to collaborate!