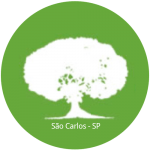 THE LIGHT-NUCLEUS OF FIGUEIRA IN SÃO CARLOS, BRAZIL

The Light-Nucleus of Figueira in São Carlos – Imaculate Relief House of Suffering was founded in the early 1990s in the city of São Carlos, in the countryside of São Paulo. A non-profit institution that requies donations to maintain the services provided free of charge to the population, especially to the elderly who live in asylums, children from the periphery and terminal patients, through the Palliative Care that it provides in the hospitals of São Carlos.

For the elderly, it offers handicraft workshops, but also games. For the children, the main activities are music workshops and various types of crafts, as well as playful games.

The Nucleus keeps the doors open daily for those who seek peace and aspire to new standards of living, as well as for prayer meetings. These take place in the Monastery of the Transfiguration, installed in the Nucleus and linked to the Grace Mercy Order (GMO).

KINDLY COOPERATE WITH OUR ACTIVITIES