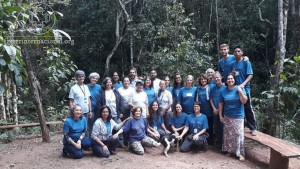 From the 10th to 12th of April, Fraternidade-International Humanitarian Federation (FFHI) organized the 42nd Missionary Practice, a sort of field workshop that is part of a monthly cycle. On this occasion, it unfolded in the city of Brumadinho, Minas Gerais, Brazil. This city has been hugely impacted by the enormous devastation caused by the breach of a dam.

Around 24 volunteers of both genders, with ages varying between 23 and 72 years old, responded to the call for this practice. Between first-time participants and experienced missionaries, there were five countries represented: Argentina, Brazil, Bolivia, Chile, Puerto Rico, and Venezuela; as well as seven cities in Brazil, such as Alegre, Batatais, Belo Horizonte, Brumadinho, Carmo da Cachoeira, and Santos. In this way, a team was gathered together to continue with a work in this city that had been started before by the FFHI. All out of love and service. 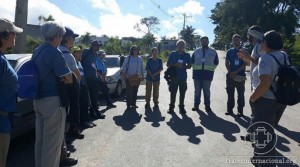 Immediately, without wasting time after arriving in Brumadinho, and following the indications of the coordinators, the group formed a circle within which the tasks were harmoniously distributed. In this sense, three work fronts were established: psychological assistance to families, Veterinary Hospital, and Farm shelter for animals.

The group was caught up in the energy of the conviction they were doing the right thing. Each in their assigned sector ready and willing to do what was needed at that moment. In each area of work, the group was fraternally received by the personnel among the veterinarians and other professionals, as well as by the families of victims. So began their work sessions, arriving and taking action in a service that seemed to be waiting for them. 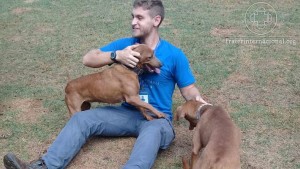 “I was quite enthusiastic about the experience I was going to have, especially as we were going to go to the real place to provide support.” This was shared by Tassio Tesser, a young Brazilian, 28 years old, who was part of the group that was assigned to assist at the “Farm shelter for Animals,” a place dedicated to and exclusively for receiving animals impacted by the breach of the dam.

“On arriving there, the group found an opportunity to interact with those creatures, which with a single look caused the spirit of compassion to blossom in our hearts. From that point, we were open to any task, from cleaning the stalls, giving the dogs showers, taking them for a walk, playing with them, among other tasks, but above all, to give them a lot of love,” he adds. And he ends up thanking the FFHI for what he considers “a great opportunity.” “Fraternidade gave me the chance to be in this group of people united under the single purpose of universally doing good.” 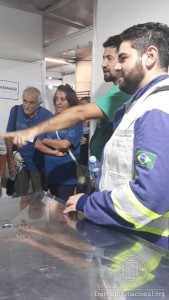 Juan Ríos, a 66-year-old Argentine, felt that the experience was very intense, and about this, commented: “the collective consciousness can be perceived, the state in which the human psyche was after a catastrophe, a lot of pain, gazes that reflect sadness, some for the loved ones they lost, even though they had recovered the bodies, and others because of those who disappeared, which is worse because it is harder for them to accept the reality.”

“One can also feel the sadness that the animals are experiencing, but both people and animals, in the middle of the pain, receive so much attention and caring from the professionals and missionaries that everything is transformed.”

“The group I participated in went to the Veterinary Hospital Córrego do Feijão. What the whole experience left in my being was to feel that it was not us with our limitations, but rather God Who was taking action through us. We experienced a Unity of Souls.”

Imer Gastón Capdeville, “a missionary for many years in the FFHI” and a coordinator of this experience together with Mariandja, considered that the experience was “magnificent” from the point of view of the participation of the members and the learning they acquired. 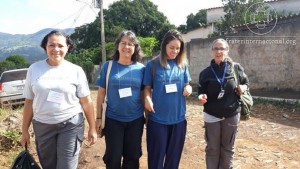 His comment about the third day, when the experience ended: “On the third day, we went through a course on emergency psychology to prepare the missionaries for facing extreme emergency situations. To have us look at this, to learn to deal with the reactions that people normally have under these circumstances, and to support them in their trauma. Also, to learn how to manage our own emotions within that same chaotic framework.”

On her part, Mariandja (Luzia Serrano), who shared the guidance of the group in this experience with Imer Gastón, and who is also the coordinator of the group of the Mission in Carmo da Cachoeira, expressed the following: “for me, this experience will become the benchmark, because it was about the wonderful daring of having an experience within a mission in a risky place which included first-timers both in the mission as well as in the community.” 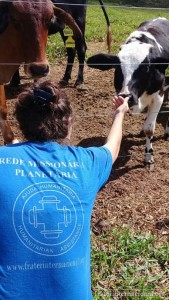 “There was extraordinary participation in the experience in all its components, in which unity itself was perceived. Everybody was committed to the task and profoundly committed to the work that is being done in Brumadinho when Fraternidade gets there.”

“I want to emphasize that in the practice, the work itself was done with great effort; when we went to our various points of work, we had the experience, very intense energy-wise, of going among the mines. This was more work than all the rest and required a demanding degree of concentration and care of the group. To go through among the mines means to witness death in all senses, including the death of the mountains, of the plants… Happily, the group was consistent even in the most critical times. We were united and in prayer.”

Do you wish to be a part of a Missionary Practice?